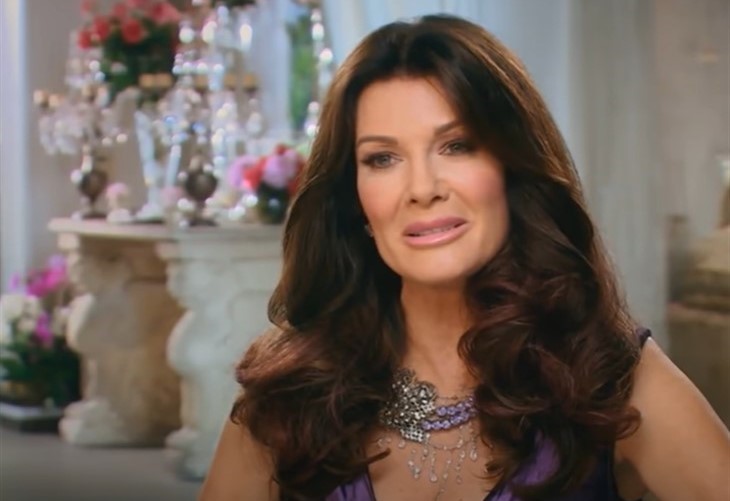 Vanderpump Rules (VPR) matriarch, Lisa Vanderpump didn’t have a great 2022 so far. After getting over covid, she broke her leg. Well, she’s up for a challenge and has been getting on with her newest project in Las Vegas. She already has a restaurant in Caesar’s Palace, and now she expands on dining options for foodies.

Fanbs felt very concerned when they heard the news that Lisa fell off her horse. Apparently, something spooked it, and she fell very hard. Eyewitnesses said that she really hit the ground with a thump. Anyway, she was transported off to a hospital in an ambulance, and fans nervously waited to find out if she damaged her spine. Well, she was sore with a bruised back and a broken leg, but it looks like she will recover.

The latest update about her broken leg came from the VPR star and she mentioned that she’s on the mend. Actually, she fractured her leg in four places. However, as she gets a bit better now, she uses a mobility scooter to get around. Certainly, getting back to work seems like the best medicine for her. And now, she revealed that she has been working on her new restaurant in Las Vegas.

Lisa took her Instagram account on March 18 and made her exciting announcement. She posted up a photo of herself in her new restaurant with one of her trademark doggies in attendance. In her caption, she said, “Excited to announce that @VanderpumpParis is now open @ParisVegas! This restaurant has really been a labor of love, and I had such an incredible time designing everything with @nickalain.”

The VPR star then told Bravo fans and other diners what they can expect. She said that people will be transported into a Parisian theme that feels like “an old courtyard in Paris.” Of course, it’s going to have some delicious cocktails which were designed by her daughter Pandora.  Lisa described the food as “decadent and beautiful (yet casual.)”

VPR fans took to the comments section and many people sent in their congrats. Of course, they also look forward to dining here one day. Mind you, some real Parisians from Europe thought that maybe she expanded to France. But for now, that’s not happening.

One excited fan said, “We will be there tomorrow!!! So excited!” Well, the big official opening has not yet happened, but it is open. The soft opening started already, but a few more finishing touches still need to be completed.