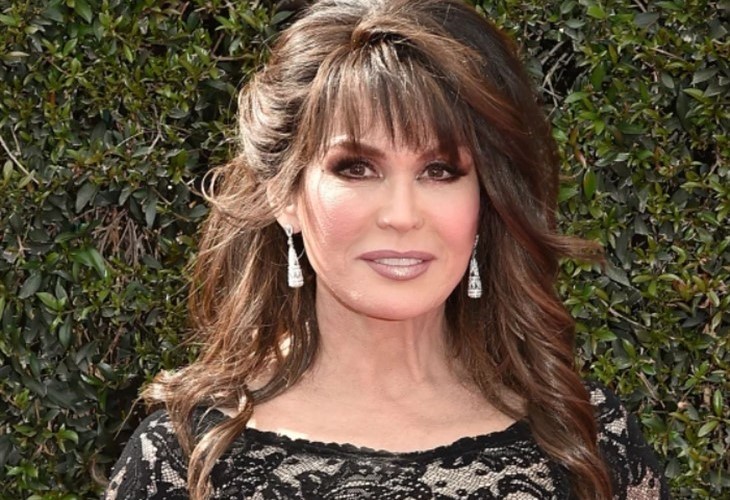 Dancing With The Stars (DWTS) Season 5 saw Marie Osmond competing in the show. Meanwhile, her brother Donny danced in Season 9. Whilst Marie came in third with Jonathan Roberts, Donny took their Mirror Ball Trophy with Kym Johnson. Now, Marie claims that the scoring system isn’t fair to the women.

Dancing With The Stars – Who Are Donny And Marie Osmond?

For younger viewers, Donny and Marie Osmond were hot property in the  1970s. Donny and his brothers rose to fame as a singing group. Meanwhile, his sister Marie followed him into the scene and became especially famous with her song Paper Roses.  Later, they landed their own show with ABC. The variety show wrote them into history as the youngest entertainers who could boast that.

Well, it’s an obvious connection as to why both of them featured on Dancing With The Stars. Now, it turns out that modern viewers who scorn the scoring system agree with the veteran dancer, Marie. Recall, the last couple of seasons saw scathing reviews from the audience on social media.

Dancing With The Stars – Marie Opens Up About Her Grievances

Marie Osmond chatted with  David Yontef on Behind The Velvet Rope and her comments about the way women are judged on DWTS might resonate with many viewers. One famous scene revealed her collapsing on the stage, and she wrote that off to sheer exhaustion. Back in the day, Tom Bergeron still hosted the show, and he told the audience that paramedics tended to her.

In recent seasons of Dancing With The Stars, people like Hannah Brown talked about the heavy physical work required. Well, Marie claims that the men don’t have to work half as hard. Scathing, she claimed they barely dance at all. Sound familiar? Similar criticisms came from Andy Cohen when Kenya Moore was eliminated.

Dancing With The Stars veteran, Marie Osmond claimed, “the boys just sit there and hold the girl while she does all the work. That’s all they do.” Speaking about Donny winning in Season 9, she added, “So he may have won, but they should never grade the boys to what the girls do. And we wear high heels!”

Well, it is true that most of the female competitors wear uncomfortable heels. Plus, they seem to do a lot of the moves while the men often pick them up, spin, and do their flippy thing. Do you agree?

What are your thoughts about Marie’s claim? Do you agree that the women seem to put in a lot more effort than the men on the show? Should the men be judged in a different way to the female competitors? Sound off your thoughtss in the comments below.

Be sure to catch up on everything happening on ABC right now. Come back here often for more Dancing with the Stars spoilers, news, and updates.