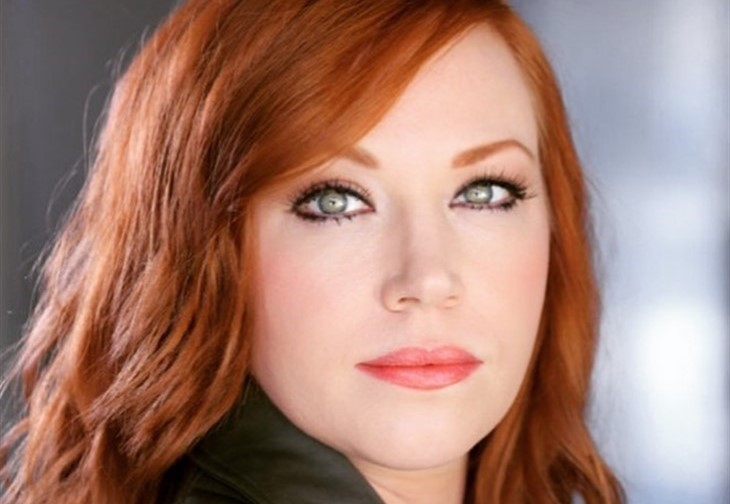 The Bold and the Beautiful and The Young and the Restless fans may not see Adrienne Frantz on their screens anymore as Amber Moore, Rick Forrester’s former babysitter and girlfriend who remained with the CBS soaps for years, playing Amber. She has not been heard from since 2013, but Frantz is a very busy woman with small children at home keeping her on her toes.

The Bold And The Beautiful  – Adrienne Frantz Has Baby #3

Frantz and husband Scott Bailey of Guiding Light fame just welcomed their third child into the family, a son they named Killian. Frantz first posted she was going to have a baby the next day on March 1, but she went radio silent on social media after that and it turns out things weren’t so easy for the actress after giving birth, as she explained in her Instagram post announcing the birth of Killian.

“Hello world! Meet my angel baby Killian Lachlan Bailey!,” she wrote next to photos of the new arrival with his parents and two siblings. “We are all in love with him! It has been a tough couple of weeks. I had some complications in delivery then Amélie brought a bug home from school! You don’t know what it is like to be a mother of 3 until you have 3 sick babies! We feel blessed beyond belief to have this wonderful addition to the family! Thank you for picking us Killian!”

While Frantz is busy at home with three little ones, it may not mean she wants to give up acting and give up soap operas. In fact, in 2021 she made a soapy comeback on the DAYS spin-off limited streaming series, Days of Our Lives: Beyond Salem. It was a brief appearance but definitely a memorable one.

NBC soap fans will remember Frantz from her days on the short-lived show Sunset Beach in which she played Tiffany Thorne before she made the switch to CBS soaps and brought Amber to life on both B&B and Y&R for years. Amber could still fit in anywhere on these two soaps and would be a sight for sore eyes to longtime fans who remember her well. Stay tuned to The Bold and the Beautiful and The Young and the Restless to see if Frantz and Amber turn up again