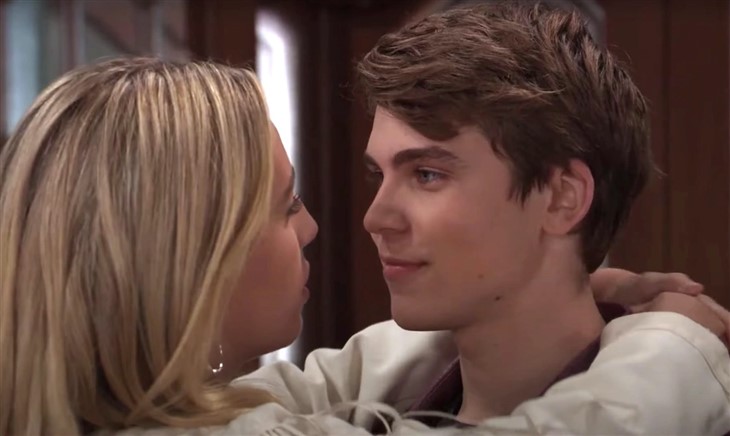 General Hospital (GH) spoilers tease that the last thing right now that Josslyn Jacks (Eden McCoy) and Cameron Webber (William Lipton) want or need right now is more publicity. But their story is going to be told one way or another and at least they can control the narrative if they choose to trust Alexis Davis (Nancy Lee Grahn) to print their story in the Invader. At one point, the Invader would have been the last place a story like theirs should be told but Alexis has taken great pains to change the reputation of what was once considered a scandal rag.

When Josslyn and Cameron decided to make love for the first time, they had no idea that the whole things was being recorded. Esme Prince (Avery Kristen Pohl) decided to get the worst kind of revenge on the duo, and had a phone set to record on a timer. Her whole motive for doing this was to get revenge on both Joss and Trina Robinson (Sydney Mikayla), who she is framing for the incident. Weeks later, the entire video was uploaded onto the internet for everyone to see. And while Cam is certainly traumatized by what happened, it’s Joss who is suffering the most.

GH Spoilers – Josslyn Jacks Is Suffering In The Worst Way!

Joss has been accused of posting the video herself for publicity. But that is most certainly not the case. As it is, friends and acquaintances alike are taking notice. Guys are hitting on her, thinking she is easy. Josslyn’s most private, intimate details were laid bare for the world to see. She is completely traumatized. And while it’s difficult for Cameron too, it’s Joss who is bearing the brunt of the trauma. She would love for this to just all go away, but at this point that’s not going to happen. Alexis, and the Invader are the best choice for the story to be told in the most sensitive way possible.

Josslyn deserves justice. Telling her side of the story will be difficult, but it should also prove to be cathartic. If everyone has to know the whole story, Alexis is the best person to make sure that the story is told in the most sensitive way possible. Alexis is an old family friend and will make sure that Joss, as well as Cam, have their story told. The scandal will eventually fade, but at least it won’t be sensationalized if Alexis has anything to say about it.

Should Joss talk to the press at all? Is Alexis the best person to tell their story? Will Joss ever feel good about her first time with Cam again? Anything can happen in Port Charles so stay tuned to General Hospital airing weekdays on ABC. And don’t forget to check back right here regularly for all your General Hospital news, information and spoilers!