General Hospital Spoilers – Valentin Must Choose Between Anna And Victor 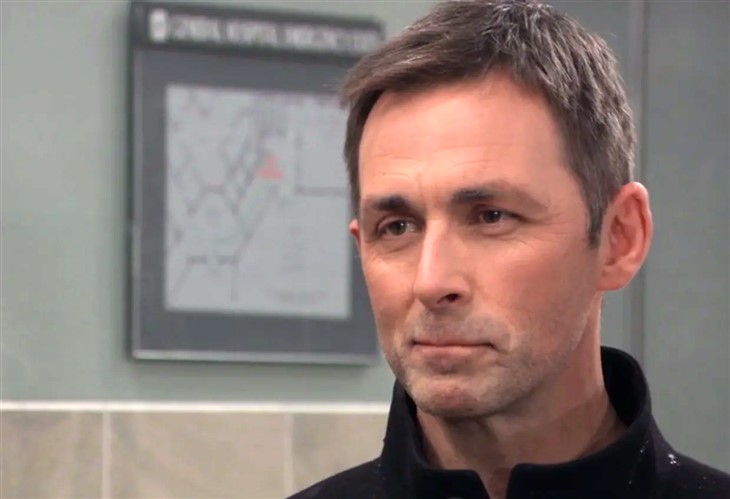 General Hospital Spoilers tease that Valentin Cassadine (James Patrick Stuart) has spent the past several months recuperating after his new found father, Victor Cassadine (Charles Shaughnessy), left him severely injured in order to keep Valentin from figuring out the truth about the location of Maxie Jones’ (Kirsten Storms) baby. But Valentin will soon be back in Port Charles, and so far he is completely unaware, although he has his suspicions, about Victor’s involvement. Meanwhile, Anna Devane (Finola Hughes) has made it her mission to prove that Victor had Luke Spencer (Anthony Geary) killed.

General Hospital Spoilers – Anna Devane has been through quite a bit!

Anna was instrumental in taking down Peter August (Wes Ramsey), her nephew, and was even there as he took his last breaths. The situation was quite taxing for Anna, and that is the one thing that Valentin had hoped to spare her from. But because of his injuries, Valentin wasn’t there to spare Anna from watching the man she once believed was her son meet his end. And although Victor claims he was just Peter’s unwilling associate, both Anna and Valentin suspect otherwise. Anna has thrown herself into the investigation of Luke’s death, which she believes to be caused by Victor.

Victor claims he wants nothing more that to form a father and son relationship with Valentin. But a father doesn’t typically leave their son in such an injured state as Victor did to Valentin. Of course, Victor will claim he had nothing to do with it, and will likely blame Peter. But Valentin is smart, and he knows just how dangerous Victor can be, father or not. So although Victor might press the issue, if there is a choice to be made between Anna and Victor, Valentin will most likely choose Anna.

General Hospital Spoilers – Anna DeVane and Valentin Cassadine are on the brink of romance!

For many months now, Anna and Valentin have been flirting with the idea of a romance. But between Peter and Victor, they have had little time for their personal lives. But once Valentin returns, he will likely want to pursue a relationship with Anna. But his involvement with his family, namely Victor, may put those plans on hold even further. Hopefully, Victor won’t continue to be a thorn in the side of Port Charles and live can get back to whatever normal is in Port Charles.

Will Valentin and Anna pose a united front against Victor? Or will Victor manage to influence his son? Is it finally time for Valentin and Anna to pursue a romance? Anything can happen in Port Charles so stay tuned to General Hospital airing weekdays on ABC.

And don’t forget to check back right here regularly for all your General Hospital news, information and spoilers!