The Bold And The Beautiful Spoilers: Thomas Needs To Share Burden – Steffy Joins With Enemy? 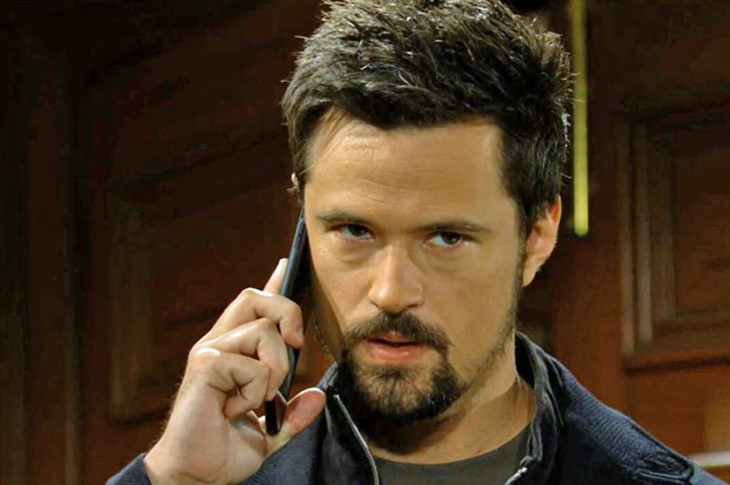 The Bold and the Beautiful spoilers document that Thomas Forrester (Matthew Atkinson) is feeling intense pressure. Sheila Carter (Kimberlin Brown) made her strongest pitch yet to keep him from revealing the real reason why Brooke Logan Forrester’s (Katherine Kelly Lang) sobriety was broken.

Thomas’ dilemma involves a decades-long desire to see his parents reunite, which they are on the path to doing. But allowing Sheila to have an out-sized influence on such an important family matter yields power to her. That represents an impossible bargain as part of this delicious soapy conflict.

The Bold And The Beautiful Spoilers – Thomas Forrester Suspected Duplicity

Thomas did not like how Sheila talked to him when she arrived at the cliff house in the recent past. She was uninvited and sported a brazen demeanor that did not match her position in his life.

Sheila forcefully offered her take on Brooke’s plight, which was odd considering all that happened in daytime days gone by. So, Thomas pressed Sheila until she divulged what happened at the end of last year.

B&B Spoilers – Sheila Carter Is Right, If Morality Did Not Exist

Sheila justifies her actions based on projected outcomes. In this instance, she sees Brooke as having wronged her. Therefore, Brooke deserved to have her life destroyed.

Rather than simply lash back at Brooke when they were with Deacon Sharpe (Sean Kanan) at Il Giordino, Sheila developed a heinous revenge scheme. Knowing that Brooke was an alcoholic, and in being aware of the inner workings of the restaurant from having worked there during her last stint in town, an outlandish plan was set in motion.

Sheila came to know that Brooke wanted bottles of non-alcoholic champagne for a small New Year’s Eve party she was hosting for Hope and her family, along with Deacon. And so, the plan was hatched and worked better than Sheila ever anticipated.

It would be hard to side with Sheila, but that will be an option for Steffy Forrester Finnegan (Jacqueline MacInnes Wood). She is onto Thomas having a connection to whatever Sheila is doing. So, the telegraph is that Steffy will learn the truth.

Thomas is conflicted about keeping Sheila’s secret, and Steffy will be as well. But Steffy has been leading her parent’s reunion plan. That implies that she will go along with her unwanted stepmother’s advice and encourage Thomas to remain silent.