The Young And The Restless Spoilers: Ashland Underestimates Adam – Victor Will Not Relent 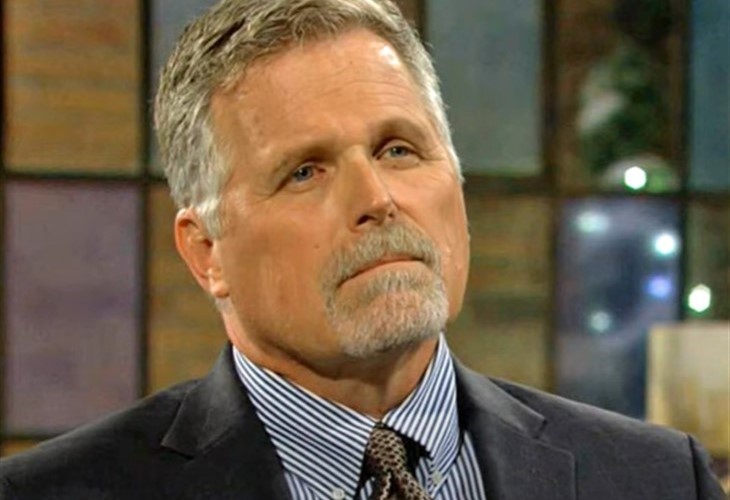 The Young and the Restless spoilers document that Ashland Locke (Robert Newman) is not intimidated by Adam Newman’s (Mark Grossman) words. Adam may or may not have intended it as a threat.

Harrison Locke (Kellen Enriquez) will suffer if Ashland is publicly exposed as having lied about cancer. On second thought, Adam did intend to send a chill down Ashland’s spine, as viewers recall Victor Newman (Eric Braeden) rejecting his youngest son’s plan to leak a hit piece through the media.

Ashland is savvier than Adam. Yet, Victor’s son is motivated to take the power Ashland meticulously gained in short-order.

Adam has reformed. But he is still Adam.

Sally Spectra (Courtney Hope) serves as Adam’s ego-booster. She is all for his plan to stay in position and then take over the helm at a restored Newman Enterprises.

The head of Newman Media, which is incorporated into Newman-Locke, anticipates that Ashland will eventually be pushed out. He also speculates that his oldest sister, Victoria Newman Locke (Amelia Heinle), will not be able to handle the fallout and that Victor will turn to him to take over.

So, threatening Ashland is part of a plan to destabilize Newman-Locke’s newly minted co-Chief Executive Officer.

Adam might get what he wants in time. But it could be that Victor merely allows Adam to handle some of Victoria’s tasks during a period of even more intense strife.

However, if anyone is to retake the reigns at Newman Enterprises, it would be Victor. He felt that Adam performed well in heading Newman Media but was disappointed that he seems to have lost the killer business instinct that both men share.

Victor wants their truce to be sustained. But he is leery of giving Adam decision-making authority that is not checked.

Let us take Ashland at his word for the sake of soapy argument. If he can prove that a setup occurred, and he did not lie about having terminal cancer, then reprisal must follow.

Ashland can not simply allow Victor or whoever created these lies to go unpunished. So, proving his innocence would be followed by a full-throated attack. That projects toward a legal battle, a retaliatory frame, or leveraging proof of a setup into expanded power at Newman-Locke.