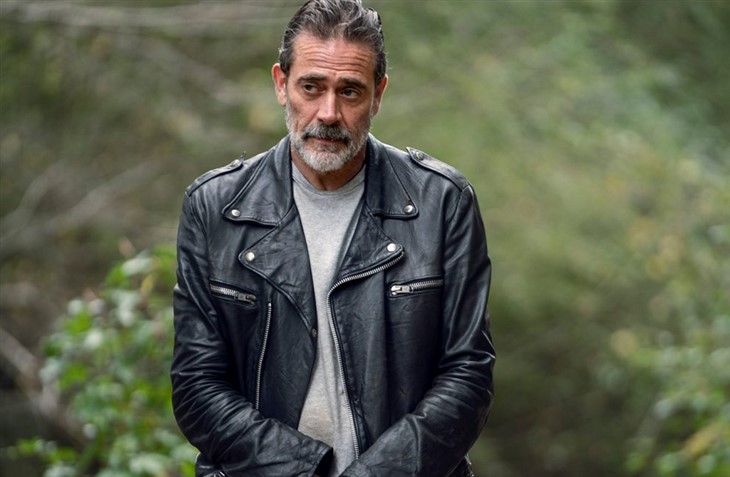 The Walking Dead spoilers and updates tease that there’s an explanation as to why the show decided to make some changes in Negan’s (Jeffrey Dean Morgan) character. TWD boss Angela Kang opened up about it on Talking Dead.

Fans may recall that Negan decided to walk away six months ago. In an interview with ComicBook’s Brandon Davis, Morgan said that his alter ego has realized that Maggie (Lauren Cohen) would never change her mind about Negan. Unlike him, Maggie is unpredictable and doesn’t have a sense of control over her emotions. So he decides to exile himself for self-preservation. The actor said that his character’s decision to leave isn’t just for himself but for Maggie, too.

In a recent episode, titled Warlords, viewers saw Negan return to the screen. He’s holed up at the Riverbend apartment complex with Annie’s (Medina Senghore) people.

Angela Kang, The Walking Dead’s showrunner, said that the former villain wants to have a fresh start and he thinks he can do that with the Riverbenders.

“When we left Negan, and he walked off and he left Maggie, we really felt like that was finishing the arc of, ‘I want to be a joiner now, I want to be part of this group, let me redeem myself, let me prove myself.’ Everything really changed when Maggie came [back],” Kang explained.

At that time, Negan felt as though he couldn’t trust Maggie after what she did at Meridian. That’s why he decided to walk away and “start over.” Given Negan’s personality, Kang said they expected Negan to find another group that he could be part of.

In upcoming scenes, viewers will find Negan living with a religious group of people, who are under the rule of Ian (Michael Biehn). Kang explained that Negan will make himself useful in the group. He believes he can wipe the slate clean and make choices that are different from before.

It was recently revealed that The Walking Dead will have another spin-off and this time, it’ll feature Maggie and Negan. Morgan admitted that he was shocked by the premature announcement of the spinoff since The Walking Dead’s final season is still underway.

The six-episode spinoff follows the story of the two fan-favorites as they explore Manhattan, which is “filled with the dead and denizens who have made New York City their own world full of anarchy, danger, beauty and terror.”