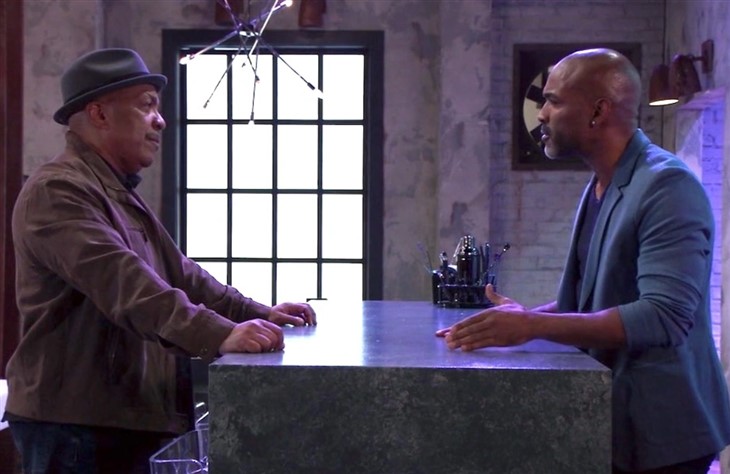 General Hospital viewers will recall from previous episodes of General Hospital that Drew Cain (Cameron Mathison) found some proof that Marshall may not have been entirely truthful with what he did tell Curtis about his missing years. The copy of an old lease that Drew’s contacts found and that he gave to Curtis showed that Marshall lived in an apartment in Buenos Aires, Argentina in the 1990s but it wasn’t under an alias – it was under his own name!

Curtis was doubtful that Marshall was in witness protection, as he had been told – or actually figured out – because Marshall didn’t use an alias; Drew had suggested that the witness protection program didn’t extend overseas, and that might have been the reason; but Curtis remained suspicious. Curtis then requested help from his ex-wife, Jordan Ashford (Tanisha Harper) because of her time in the Drug Enforcement Agency – perhaps she could find more information.

General Hospital viewers will have noticed in the last few episodes of General Hospital that Marshall and Sonny Corinthos (Maurice Benard) seem to know each other, or at least about each other. Marshall definitely recognizes Sonny, but he might just recognize him from the news – it’s difficult to think that Sonny’s face has never been on the news!

Marshall had warned Sonny to stay away from his family and to stay away from TJ Ashford (Tajh Bellow) after he saw him taking Avery Jerome-Corinthos (Ava and Grace Scarola) for treatment of a sprained arm along with her mother Ava Cassadine (Maura West). Marshall also warned TJ against Sonny, and as Avery came running out from the exam room she ran into Marshall, causing him to drop the empty pill bottle he was carrying. Sonny stopped it with his foot as it rolled, saw the label and later said to TJ he didn’t have a problem with Marshall.

General Hospital viewers wonder how Sonny knows, or knows of Marshall from the past; could he have worked with Sonny in the past, or worked against him? Marshall sure talked to TJ like he’d known him or else known someone who knew Sonny very well and their opinion was he could not be trusted; if they did know each other it could have been when Sonny was working for Frank Smith (Joe Cortese)!

That would be long enough in the past that Curtis would have been a child and longtime General Hospital viewers will remember that Sonny was a different guy when he worked for Frank, later taking over his Port Charles territory. Curtis will show the lease copy to his father most likely and confront him with it and anything Jordan might dig up, and certainly will wonder why he seems to recognize and know Sonny real well, hearing what he told TJ! Viewers can expect that even after all of that, Marshall will still be less than forthcoming, and Curtis will lose patience with him!