Days Of Our Lives (DOOL) Spoilers: How Much Longer Until T.R Is Exposed? 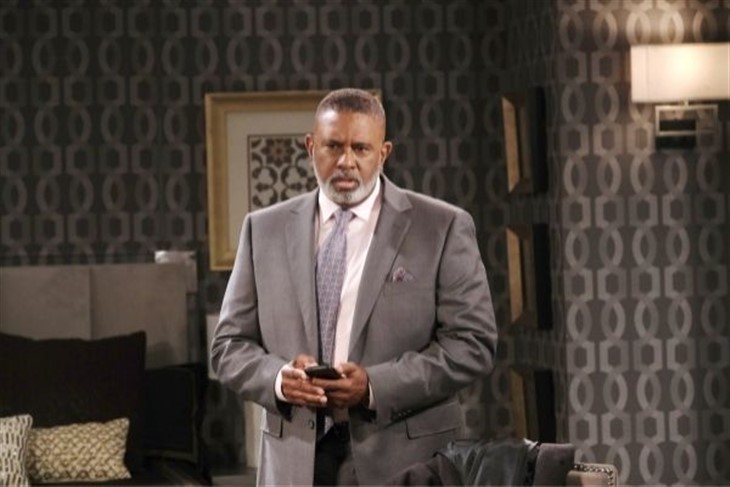 Days of Our Lives T.R Coates (William Christian) has been working overtime playing up to Lani Grant (Sal Stowers). T.R. wants Lani to believe he is a changed man after years of abusing her mother, Paulina Price (Jackee Harry). However, T.R has just attempted to kill Eli Grant (Lamon Archey). When Will T.R. be exposed?

Days of Our Lives T.R. has been comforting Lani as she awaits news on Eli. Lani also believed that Abe Carver (James Reynolds) was her father but recently learned differently. T.R. claims to be worried about Eli but in reality, he’s worried about being exposed. Unless he wakes up with amnesia, Eli knows who shot him. Eli knows that T.R. meant to kill him but he survived. Eli also knows everything that T.R. has done since he was with Paulina. T.R. is trying to get close to Lani before this happens. T.R. is also hanging around hoping that Eli dies. Will T.R. get what he wants in the end?

Days Of Our Lives Spoilers – Allie And Chanel Try Romance!

Days of Our Lives Abe has become very suspicious of T.R. Abe knows everything that T.R. did to Paulina and he wants to save Lani from being hurt by him. Abe may also suspect that T.R is behind Eli’s shooting and uses his detective skills to prove it. After all, Abe was a cop for years before becoming mayor. Abe knows a rat when he smells it and with T.R. he certainly smells a rat.

Days Of Our Lives Spoilers – Time Is Running Out For T.R. Coates

Days of Our Lives T.R. is not the smooth operator that he believes he is. T.R.’s ex-girlfriend has revealed everything that Eli wanted to know about T.R. T.R knows that Eli can expose him and he is bound to make another attempt on Eli’s life. Can Abe find out the truth before T.R. makes another attempt on Eli’s life? Could T.R. let something slip to Eli to tip her off on his involvement? There has to be evidence of T.R.’s crimes. If there is anything to be found, Abe is probably the one to find it. Will Abe be the next person T.R. tries to take out?

The truth will eventually come out that T.R. was behind Eli’s shooting. Lani could be the one to bring him down herself. Will someone else close to Lani get hurt before the truth comes out? Will T.R. finally get what he deserves?