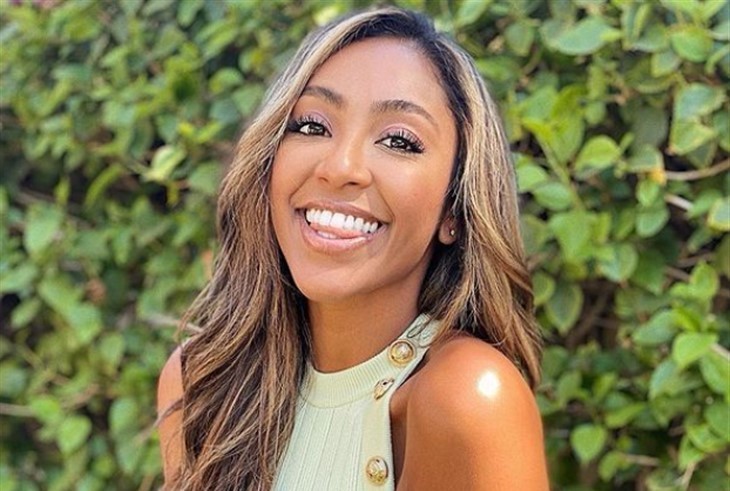 Bachelorette updates and spoilers revealed that Jesse Palmer, the former Bachelor from 2004 will take over from Tayshia Adams and Kaitlyn Bristowe as host. Well, fans didn’t whoop with joy about the news as they liked the two women. Well, is Tayshia done with it?

When Chris Harrison left the franchise, many ABC fans hated the idea of him being gone. However, it did prove that the show still goes on and the entire franchise didn’t collapse in an instant. In fact, fans rather liked it when Tayshia appeared as the host. Recall. fans saw her alongside Kaitlyn Bristowe on Katie Thurston’s season.

Bachelorette fans felt that it made the show more interesting to watch as the women had a better dynamic than a man at the helm. Well, fans also felt deeply for Tayshia who seemed pretty broken up after she and Zac Clark split. Now that Jesse Palmer takes over, that doesn’t sit all that well with fans. But how does Tayshia feel about being dropped?

Bachelorette Spoilers – Is Tayshia Ready To Move On Without Regrets?

As far as Tayshia is concerned, it is time to move on. Speaking on The Drew Barrymore Show, she said that she feels ready to change directions, even if temporarily. However, conflicting reports indicate that she’s not all that happy about it. After all, the news came that she might have only heard about it when Clayton Echard’s season ended on The Bachelor.

According to a source who spoke with The Sun, she’s over the whole thing. Bachelorette fans know that she might say all the right things publically, but if she still looks to return, it might not be a great idea to slam the franchise. The outlet said that a source said, “I don’t think either of them were happy with how they were tossed to the side, and Tayshia seems over the whole show.”

Dancing With The Stars: Fired Tom Bergeron Gets The Last Laugh https://t.co/eEqew3uIrF pic.twitter.com/YrJvtY8rkt

Bachelorette fans don’t seem to have the same admiration for Jesse Palmer as ABC does. After all, many fans had never even heard of him. Plus, Clayton Echard’s season was a total trainwreck. Do you think the execs at ABC made a mistake replacing Tayshia and Kaitlyn with him? Sound off in the comments below.