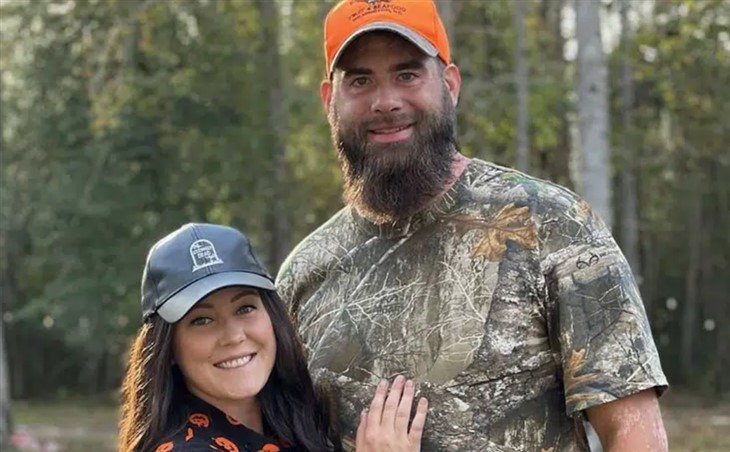 Okay, are you ready for this? Teen Mom Alum David Eason just said that he might need to start an animal rescue. It comes just a day after fans accused him of possibly killing yet another dog. Jenelle Evans and her husband seem to have a dismal rep with animals, and now they got another dog after Junior disappeared.

After David killed Nugget, an outcry arose and MTV fans will probably never forget it. Recall, Janelle had a cute little Frenchie named Nugget. Well, David killed it after it allegedly nipped Ensley on the cheek. Well, it angered fans so much, that a ruckus started up. The kids ended up being taken away and a custody battle took place. Eventually, the investigations came to nothing, but fans will never forgive David.

Teen Mom 2 Premiere Reportedly Gets Dismal Ratings- Is It Time To End It?

This week, the Teen Mom alum took to Instagram and told fans that their dog Junior had disappeared. In fact, he seemed suspicious that a neighbor might have something to do with it. In his post, he claimed that her dog was the aggressor, but his dog kept wandering off to her property. So, he said he checked everywhere but Junior has seemingly evaporated into thin air. Well, Redditors suspected that he killed Junior. Now, they got another dog.

David took to Instagram on March 25 and shared a photo of a new dog. He said, “New guard dog. This time sh-ts gonna be different. She starts obedience and protective training next week.”

Next, the Teen Mom alum reminded fans that Junior ran off and has been missing for “11 days.” Once again, he alluded to the fact that he believes his neighbor had something to do with Junior disappearing.  The new dog came when he found the pup and “her sister” who had been left to “fend for themselves.” David and Jenelle managed to find the sister a home after visiting a vet.

Teen Mom fans might be flabbergasted to know that David proposes starting an animal rescue as so few places would help out. He said, “a local rescue who was THE ONLY people willing to help out of the dozens of public resources and rescues I called.” Next, he added, “I’m not sure why my street is such a hotspot for people throwing out injured animals but I’m almost inclined to start an animal rescue myself. We have the space, we have the time, all we need is a plan.”

What are your thoughts on this? Sound off in the comments below.