The Young and the Restless Spoilers: Victoria Makes Life-Threatening Gamble – Ashland Does Not Quit 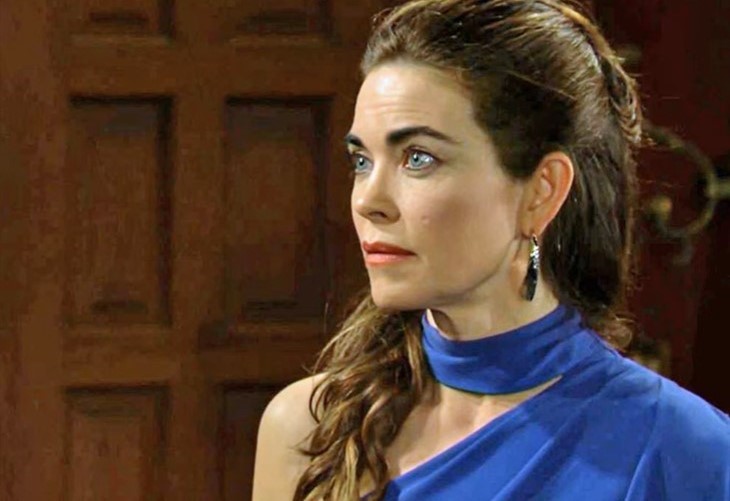 The Young and the Restless spoilers document that Victoria Newman (Amelia Heinle) pulled herself together in rapid time. If Ashland Locke (Robert Newman) thought that his wife was snowed, he was wrong.

Victoria appears to be engaging in a version of a classic rope-a-dope. She will pretend to be hurt by her family’s perceived betrayal while remaining loyal to Ashland. But the game will be to bring him down on Y&R. That could be a life-threatening gamble.

Ashland told Adam Newman (Mark Grossman) he had no intention of leaving Genoa City, Wisconsin. After not admitting to lying about cancer and still retaining a major ownership stake in Newman-Locke, Ashland’s investment in Victoria has not been altered by his seeming reveal.

The Young And The Restless Spoilers: Phyllis And Diane Fight Again – Jack Back In The Middle

The Young And The Restless Spoilers – Coordinating Efforts With the Moustache

Victor Newman (Eric Braeden) has out-dueled more combatants than can be mentioned inside this feature article section. Suffice it to say he is the master of illusion and the business version of three-dimensional chess.

It would be best for Victoria to coordinate her plan with Victor. Even a simple goal description would be best so that he does not needlessly worry or disrupt the outcome.

Victor’s awareness can allow him to play along and inform Adam if he thinks that is best. Michael Baldwin (Christian Le Blanc) should know what happened based on his role in this drama.

Nikki Newman (Melody Thomas Scott) is Victoria’s mother. She deserves to know what is happening based on that family point.

But Nikki is also Newman-Locke’s Chief Operating Officer. Thomas Scott’s character is whip-smart and knows how to effectively deliver an emotional performance, as her many go-rounds with Victor proved through the years.

So, telling Nikki should be part of Victoria’s plan as well.

Victoria was rattled, no doubt. But the conversation with Billy Abbott (Jason Thompson) at Crimson Lights helped strengthen her resolve.

The Young and the Restless News: Jordi Vilasuso Has A New Podcast – Here’s What You Need To Know #YR #YoungandRestlesshttps://t.co/s3sUyXNo8V

Billy recognized Victoria’s plan, based purely on the hug she gave Ashland when he arrived at the coffee shop. Nick Newman (Joshua Morrow) was not privy to his sister’s conversation with Billy and did not catch on right away.

It would be worthwhile for Victoria to clue her brother in as well. He deserves the straight story based on his sibling status and the tremendous protective efforts he has made on her behalf to date.