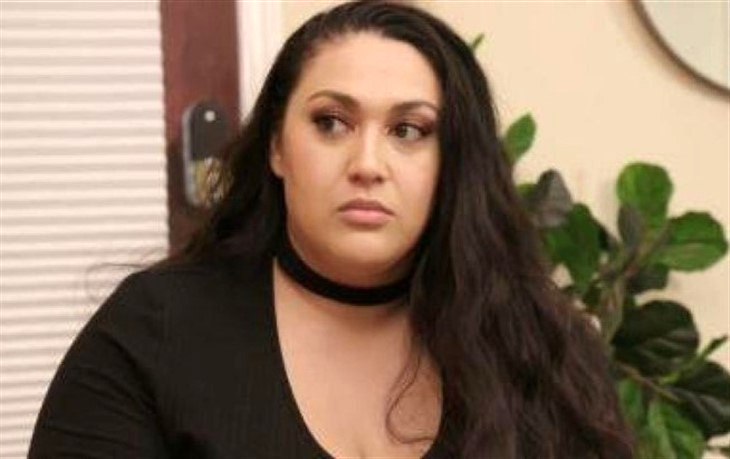 90 Day Fiance fans met Kalani Faagata and Asuelu back in 2018. There, they saw that she met Asuelu while on vacation in Samoa and fell pregnant. Well, their story played out ever since, and they continually have marriage problems. Now, Kalani got the kudos and a lot of laughs when she replied to a critic on her Instagram stories.

When the couple arrived on TLC, they shared their season with Ashley and Jay Smith, Colt and Larissa, Jonathan and Fernanda, and Eric And Leida. As far as we know, Eric and Leida remain together, but fans don’t see them on any of the spinoffs. Meanwhile, Colt and Larissa divorced, as did Ashley and Jay. Somehow, despite immediate problems cropping up with Kalani and Asuelu, they remain together.

When the 90 Day Fiance Tell-All for Season 6 aired, fans knew that Kalani and Asuelu had so many problems, but they were determined to try and fix their relationship. Well, three years on, and they still try and fix things. Nowadays, Kalani is the mom of two children, and she also seems way more out there on her social media. Often, she posts proud photos of her cleavage. And, she gets some critics for doing that.

90 Day Fiance’ Spoilers – Kalani Gets Questioned On Her Cleavage

These days, Kalani Faagata seems to be totally unafraid of posting up photos of her cleavage. Actually, a lot of fans agree that Asuelu’s a luck man. Often, her photos bring comments with the word “wowzer!” in them. Well, in a Q&A recently, a critic asked her, “Why do you show so much cleavage?” As you cans see below, her answer was quite epic.

90 Day Fiance influencer page, 90 Day Fiance Junky got ahold of a screenshot and posted it up. In the caption, the admin wrote, “Kalani is hilarious! I LOVE this answer and now the song is in my head! 😂 She’s a @savagexfenty ambassador and gorgeous!! 🥥🥥.”

90 Day Fiance fans really appreciated Kalani Faagata’s reply. One of them commented, “Hahah yes 🙌 👏 If you got it flaunt it mama!!”

Another appreciative fan wrote, “Yes she does and I don’t even like 🥥.”

Naturally, there are always some trolls who turn up, but they were quickly dispatched by loyal fans who like it that Kalani feels comfortable with her body.

If you don’t know, recently, Kalani partnered up with the clothing brand Savage X Fenty By Rihanna. Certainly, it looks like she’s a valuable asset to them as Kalani always seems to manage to get a lot of attention with her cleavage photos these days.

Be sure to catch up on everything happening with the TLC right now. Come back here often for more 90 Day Fiance spoilers, news, and updates.