The Bold And The Beautiful Karla Mosley Lands New Gig 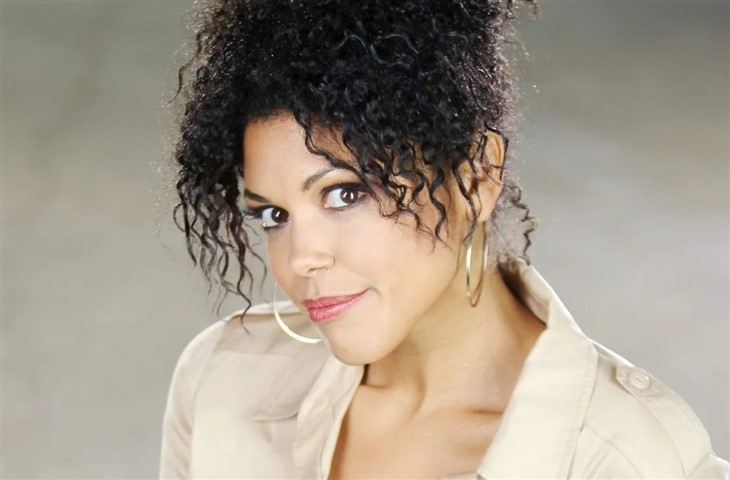 The Bold and the Beautiful spoilers and updates tease that Karla Mosely, one of the daytime soap’s alums, has a new project. The actress, who played the role of Maya Avant Forrester, will appear in a new movie that’s scheduled to air on March 25.

Mosley takes on the role of Marisol, a mom to a teenager named Ashley (Jazzy Williams), in a Tubi original movie titled Deadly Cheer Mom. The film follows the story of Beth, played by Tommi Rose, the captain of a high school cheerleading team. She became a target of deep fakeness when videos of drinking, smoking, and bashing her teammates were exposed online. Beth insists that it’s not her and goes on a mission to find out who’s blackmailing her.

Marisol went to high school with Beth’s mom. “We have a rivalry that stems from high school. We’re playing out things [today] from our childhood…” Mosley hinted.

In an interview with Soap Hub, the actress said that a deep fake exists. She explained that in today’s technology, it’s easy to make a video that can make a person look like something that they’re not. Some may use it only for fun but in some cases, it can destroy the lives of people involved.

Meanwhile on the Bold and the Beautiful, Thomas (Matthew Atkinson) and Sheila (Kimberlin Brown) were talking about Thomas’ cover up about the champagne label swap. Thomas is disappointed that Sheila put him in such a compromising position, but Sheila doesn’t think there’s anything complicated about it.

Unfortunately, as Thomas is talking to Sheila over the phone, Carter and Ridge overhear his side of the conversation and that got them worried. B&B spoilers hint that Carter and Ridge will confront Thomas, but of course, the latter will lie about who’s on the other line. Thomas will be able to calm things down and keep his silence for as long as he can until he can decide the best thing to do.

Steffy will also become concerned about her brother getting trapped within Sheila’s tricks and web of lies. Finn will try to calm Steffy down given that she knows how dangerous and scheming Sheila can be. He’ll try to downplay the situation, which he may regret later on.

The Bold and the Beautiful Spoilers: Kelly Katherine Lang Is The Tom Brady Of Soaps! #bb #BoldandBeautiful

Elsewhere, Thomas Forrester’s and Sheila Carter will get into an argument about the latter’s secret. He’s uncomfortable with all the secrecy. However, Sheila pointed out he’ll get his family back as long as he keeps his mouth shut.

Sheila will continue to Force Thomas into silence and argue that doing so will keep Brooke Forrester (Katherine Kelly Lang) out of their way. If he decides to come clean, Sheila will point out that he’s robbing Taylor Hayes (Krista Allen) of her chance to be happy.