Days Of Our Lives Spoilers: Rolf Bargains His Freedom For Sarah’s Cure 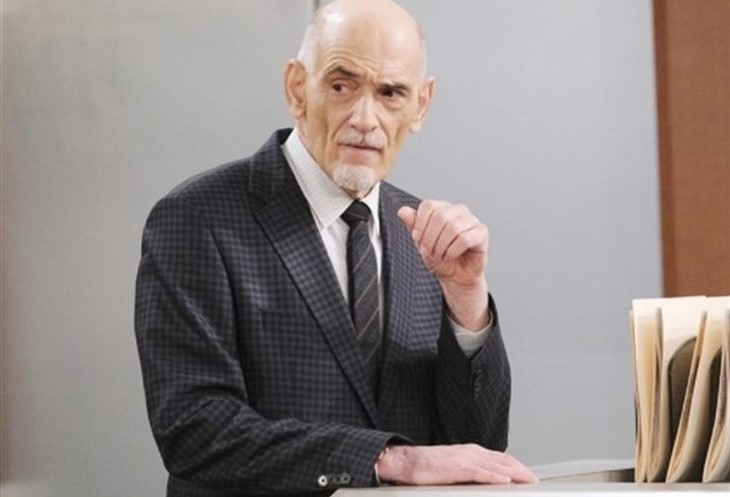 Days of Our Lives spoilers and rumors tease that Dr. Wilhelm Rolf (William Utay) will bargain his freedom for Sarah Horton’s (Linsey Godfrey) cure in future episodes of Days of Our Lives!

Days Of Our Lives Spoilers – Abigail DiMera Discussed Seeing If Dr. Wilhelm Rolf Has Or Could Make An Antidote

Days of Our Lives viewers will recall that the serum in the syringe that Sarah was stabbed with was one of Rolf’s; Gwen Rizchech (Emily O’Brien) had gone to Rolf for the batch that Abigail consumed a couple of drops of in a glass of champagne. Days of Our Lives viewers will remember Abigail was psychotic for several months – Sarah has so much brain damage from the serum she may never get herself back; but Rolf can do things no one else can do!

Days Of Our Lives Spoilers: Tragedy Brings Lani And Chanel Closer As Sisters

Who else can capture the essence of The Phoenix in an artificial intelligence chip, or bring someone back from the dead – sometimes more than once, and Abigail’s own father was brought back and his memory restored! It’s certainly worth a try, and Xander Cook Kiriakis (Paul Telfer) decides he’s going to be the one to ask although Abigail wants to tag along, feeling guilty about leaving the syringe behind. Xander also wants to bring Gwen along, but Gwen’s not so sure she wants to deal with Rolf again, and especially not in Statesville!

Days of Our Lives viewers will also recall that Rolf will need a lab in order to formulate a serum; he cannot do anything in a prison setting, and when Jack Deveraux’s (Matthew Ashford) amnesia serum was needed he was given a lab at Salem University Hospital. But even that may be a bit tricky since Kayla Johnson (Mary Beth Evans) was just fired, and Craig Wesley (Kevin Spirtas) will believe in amnesia and resurrection serums even less than he believes in demon possession! Besides, as Days of Our Lives viewers know,

Rolf has been in Statesville Prison for around a year and a half now and he has no access to formulas or lab equipment there! But something has to be done to bring Sarah back to being Sarah; and Rolf is Sarah’s only possible hope to be herself again, so Abigail and Xander head out to Statesville!

Days of Our Lives viewers will see when Abigail and Xander arrive at Statesville and finally get to talk to Rolf, being in prison for so long he’s picked up a few tips! Previously, as longtime Days of Our Lives viewers will recall, Rolf only cared about his master Stefano DiMera (Joseph Mascolo) and what he could do for him; he doesn’t even know that The Phoenix’s oldest son EJ DiMera (Dan Feurreriegel) is there also. Rolf may not intermingle with other prisoners there but he’s managed to pick up a few tips to negotiate for himself, and he bargains his freedom and a lab for a cure for Sarah!

Abigail and Xander are not sure how to proceed; surely EJ cannot advocate for Rolf when he’s locked up too; Xander’s had a few trips courtesy of the State of Illinois, however, and he promises Rolf he will get him what he needs somehow to formulate a cure for Sarah!