The Bold And The Beautiful Spoilers: Finn Destined To Die? – Sheila Kills The Mood 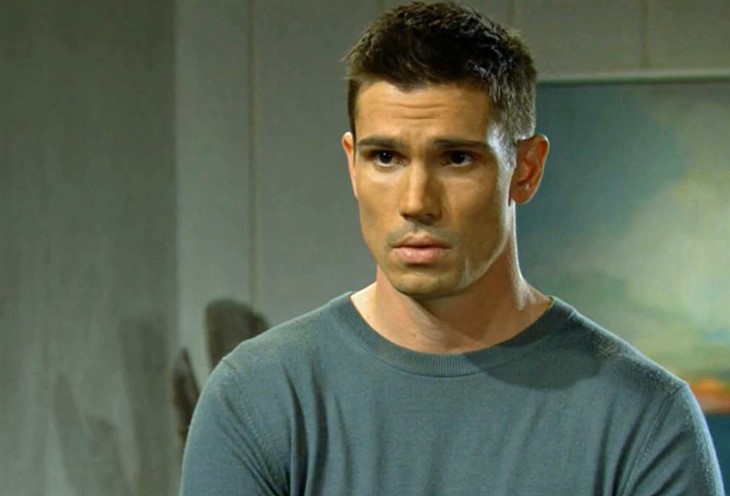 The Bold and the Beautiful spoilers document that John Finn Finnegan (Tanner Novlan) is teased to learn about Sheila Carter’s (Kimberlin Brown) misdeeds. That comes after she told him that all had been going well.

All Sheila needed to do was keep clear of trouble and not engage in anything that even remotely appeared to be the same. But she felt triggered by Brooke Logan Forrester (Katherine Kelly Lang). The use of that adjective to describe why someone feels compelled to respond to a perceived threat is one of the soap’s modern excuse mechanisms.

Sheila has a history that Finn is unfortunately tied to. He was overjoyed when learning that she was his birth mother on the day of his wedding to Steffy Forrester Finnegan (Jacqueline MacInnes Wood).

But Finn’s bride, her loved ones, and his parents began to relay the ugly truth during a memorable wedding reception celebration that turned into a one-sided grudge match.

Steffy hit Sheila hard across the face. A stylish wedding dress did not prevent Steffy from assaulting the woman who once shot her mother, Taylor Hayes (as then played by Hunter Tylo).

That was followed by Steffy slapping her mother-in-law across the face at the cliff house in later episodes. Wood’s character justified her actions using the false triggered excuse as well.

B&B Spoilers – Steffy Forrester Finnegan Was Right All Along

Steffy forbid Finn from being connected to Sheila. Their relationship was tested because of this issue.

Taylor (as now played by Krista Allen) advised Steffy to give Sheila a chance to prove her claimed progress. The Christmas Eve visit happened and went well. But Sheila reverted to her villainous ways when she was alone days later, after a verbal spat with Brooke at Il Giordino.

Finn’s recent check-in with Sheila rewarded her for seeming good behavior. He offered the carrot of an increased connection while not knowing what his birth mother did to Brooke on New Year’s Eve.

It would be terrible if TPTB are writing Finn toward an early demise. Yes, it would be a momentous daytime event that would electrify the audience and expand it momentarily as follow-up horror episodes are presented.

But Novlan has been a great addition to the cast. He and Wood have superb chemistry, which also allows Steffy to break from the years-long dismal dysfunction of the Liam Spencer (Scott Clifton) triangle that included Hope Spencer (Annika Noelle).

Let Sheila do anything in the coming days, weeks, and months. But she does not need to return to her well-worn, and some would say overdone, pattern of violence.

The fans do not need to see that on B&B. Something more creative is fitting for Brown and her colleagues to work.