Real Housewives: Denise Richards Has The Hots For Tamra Judge? 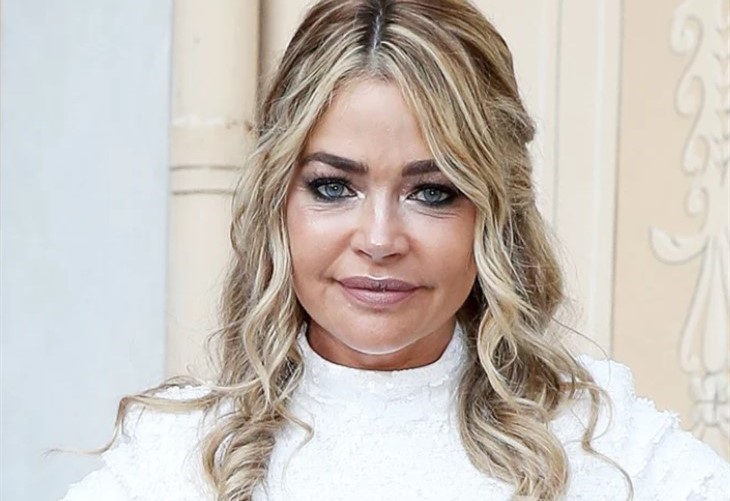 Real Housewives Ultimate Girls Trip (RHUGT) Season 2 spoilers reveal that Tamra Judge claimed Denise Richards made a move on her. It brings back to mind similar claims by Teddi Mellencamp. Recall, Teddi also alleged that Denise put the move on her back in Season 10 of Beverly Hills, (RHOBH.)

Reportedly, the allegation that Tamra Judge received uninvited sexual advances from Denise Richards came via Tamra. Apparently, she spoke with Teddi Mellencamp about it. The RUGHT Season 2  filming happened in September last year. Naturally, Teddi heard about it because of her own experiences. If you don’t know, reps for Denise denied she engaged in an affair with Teddi.

Real Housewives star Teddi claimed that she was under the impression that Denise and Aaron Phypers practice an open marriage. Anyway, the news means that sources are spilling the tea about similar allegations from Tamra Judge. Most Likely, the story becomes the main event in Season 2. The spinoff brings along co-stars Jill Zarin, Vicki Gunvalson, Taylor Armstrong, Phaedra Parks, and Eva Marcille,

Page Six reported that Tamra said Denise allegedly made the sexual moves on her during BravoCon. Naturally, Teddi and Tamra became friendly during the filing of RHUGT. In fact, it all went down at Dorinda’s mansion. Fans who know the bravo franchise well enough, probably suspect that a lot of drinking also happened: not to mention plenty of drama went down.

Real Housewives spoilers reveal that fans will see way more than just the allegations about Denise Richards. The show, which streams on Peacock comes later this year. Of course, with the cast, most likely, bad behavior and shouting matches will take place. Alliances will shift, and many hot emotions are bound to happen.

Real Housewives star Dorinda revealed that the entire season is a “s–t show.” She told Page Six, “there’s not going to be a dull moment.” Actually, if it were peaceful, full of poise, and pinkie fingers crooked around the teacups, probably, hardly anyone would bother to tune in. Bravo fans love nothing more than seizing an opportunity to witness the wealthy behaving like a bunch of street workers fighting over territory.

Real Housewives Of Potomac: Why Is Askale Davis Leaving The Show? https://t.co/KgXINhLPvB pic.twitter.com/lbTsIdNRe9

Those people who don’t mind some obvious scripting, massive fights, and lots of gossip cannot wait to find out more about Tamra Judge’s claim.

No doubt, those people who can’t stand Tamra might wonder what on earth went through Denise’s mind at BravoCon. Mind you, there’s no evidence that the allegations are true.

Be sure to catch up on everything happening with Bravo and Peacock right now. Come back here often for more Real Housewives spoilers, news, and updates.