The Bold And The Beautiful Spoilers: Thomas Conversation Stings – Steffy Will Not Remain Silent 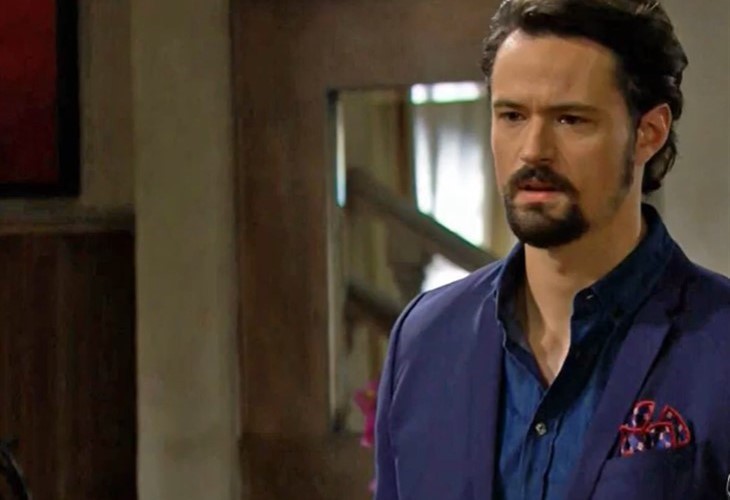 The Bold and the Beautiful spoilers document that Thomas Forrester (Matthew Atkinson) did not hold Sheila Carter’s (Kimberlin Brown) secret too tightly or for long. As viewers saw, Steffy Forrester Finnegan (Jacqueline MacInnes Wood) overheard her brother talking with their family’s nemesis once again.

Steffy caught Thomas on his smartphone with Sheila shortly after Wood’s character departed the hotel suite. Sheila was talking over Steffy’s head, but John Finn Finnegan’s (Tanner Novlan) wife did not know it.

The Bold And The Beautiful Spoilers: Bill Gives Liam Sage Advice About Steffy And Hope

The Bold And The Beautiful Spoilers – Theoretically, Thomas Forrester

A bit of a hole in the plot had Thomas react badly to Sheila’s admission of what she had done. The fact that Thomas pressured her to admit the truth was a bit of a stretch itself.

But Thomas learned the truth and then engaged in a series of phone and in-person talks with Sheila in a compressed period. The last interaction was conducted digitally, with Steffy being conveniently written outside of the thin doors and walls that comprise Forrester Creations’ Executive Office.

Steffy will not be conflicted like Thomas. Fans have likely seen the teaser video, where Steffy confronts Sheila in the back alley at Il Giordino.

Why meet alone with Sheila, who Steffy has often said remains unstable? Well, Finn recently praised his wife for being fearless. But she appears to be engaging in a reckless, impulse act that puts her life in danger.

Now that Steffy knows, she intends to tell the world what Sheila did. Steffy wants Sheila out of everyone’s life forever. Telling the label switch secret is the way to do it, or so she thinks.

The Bold And The Beautiful Spoilers – Sheila Carter Resorts To Violence

Sheila was sincere when saying that she loves Finn, Hayes Forrester Finnegan (Samantha Worden and Piper Harriet), Steffy, and the Forrester family. But Steffy took Sheila’s statement as coming from a deluded mind.

The threat Brooke Logan Forrester (Katherine Kelly Lang) made to Sheila resulted in Lang’s character breaking longtime sobriety. That was coupled with the disastrous night with Deacon Sharpe (Sean Kanan).

B&B Spoilers: Is Brooke Heading Back to Ridge or Away Forever? https://t.co/z4ypB1CToX #BB #BoldTheBeautiful #Spoilers pic.twitter.com/wo4A6YPklH

It seems more likely that someone like Deacon or even Finn would become Sheila’s unintended victim in coming episodes. But one never knows what can happen on B&B. Hopefully, Steffy does not take the brunt of Sheila’s telegraphed wrath.