This Is Us Spoilers: Chrissy Metz Hints How Toby And Kate Could Steal Season 6 Spotlight! 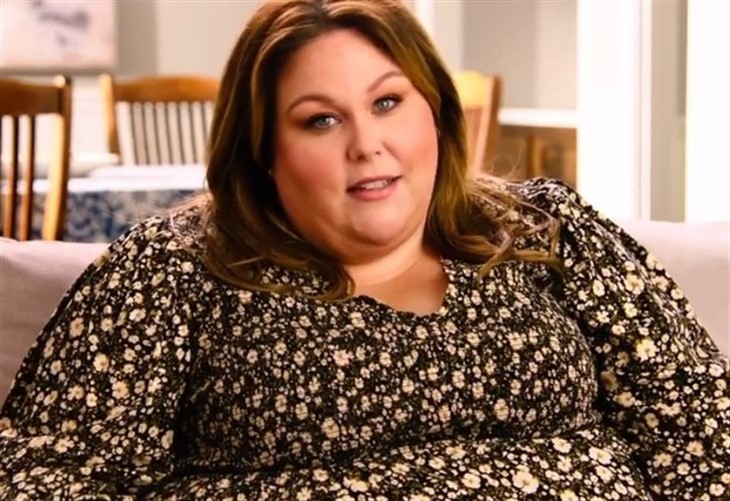 This Is Us spoilers hint that Kate Pearson (Chrissy Metz) will face new challenges in her marriage to Toby (Chris Sullivan). And in the process, their relationship could steal the This Is Us season 6 spotlight! So can fans of Kate and Toby hope for some sort of last-minute reprieve?

Find out what Chrissy Metz just shared about Kate’s journey in the final episodes. And see if you can catch any clues to whether her marriage to Toby could experience a turn-around. Get the latest This Is Us news below!

This Is Us Spoilers – Chrissy Metz Teases Kate’s Future!

Chrissy Metz wants fans to hold onto their tissue boxes as they watch Kate Pearson struggle with her marriage to Toby. And the 41-year-old actress told Us Weekly that the This Is Us former lovebirds don’t feel quite ready to hire a divorce lawyer. “I think they’re gonna keep trying,” promised Metz.

But flash-forwards on This Is Us have hinted that Kate gets married again. So does that mean her relationship with Toby has ended? “But obviously, we know that they don’t end together because she’s remarried,” Chrissy admitted.

Because a recent episode showed Toby and Kate trying to reconcile on his new home base of San Francisco, fans have wondered if Toby needs to prove his love by making a career move. And Kate even seemed to hint that she longed for his willingness in that area. But Toby has indicated that he feels determined to stay in his new city.

As a result of Kate’s visit to Toby in San Francisco, she became increasingly frustrated with her husband for several reasons. First, one of Toby’s colleagues told her that her spouse had rejected a Los Angeles job offer. And Kate felt furious that Toby never told her.

Second, when Kate confronted Toby about his secret, he wouldn’t tell her about the salary. And then he went even further, claiming he needed his current income to support their blind son Jack. But Toby reached a turning point for Kate in slamming her for loving her single mom life and her current career.

So will Toby decided to give in and return to Los Angeles? Or will Kate surrender her new job and independence? “I think it’s just a very real depiction of a relationship, people growing apart instead of together,” pointed out Metz. And she made a promise to fans. “But it’s gonna get good. It’s gonna get heated,” added Chrissy.

Tell us what you think. Do you hope that Kate Pearson and her husband Toby can somehow come together at the end despite those remarriage flash-forwards? And if so, do you take the side of Kate or Toby? After you’ve shared your views, check back on our site for more TV news!