General Hospital (GH) Spoilers: When Will Curtis Learn That He And Jordan Are Still Married? 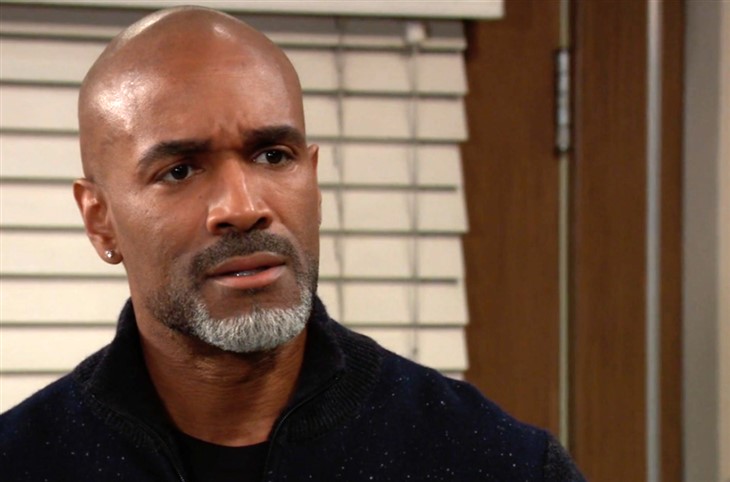 General Hospital’s Curtis Ashford (Donnell Turner) is ready to begin his life with Portia Robinson (Brook Kerr). However, Curtis has no idea that his divorce papers were not filed. When will Curtis learn that he is still married to Jordan Ashford (Tanisha Harper)?

General Hospital’s Curtis and Jordan had decided to get divorced because he felt she didn’t trust him. Neither Curtis nor Jordan know that Stella Henry (Vernee Watson) didn’t mail the papers. The divorce papers ended up being thrown in the garbage at Kelly’s. Curtis thought that he and Jordan’s divorce would be finalized and he could move on with Portia. However, Curtis is waiting on a final decree that isn’t going to come. Neither Curtis nor Jordan has inquired about their divorce, when will they learn the papers weren’t filed? Why has neither of them questioned the fact that their papers haven’t arrived? Have they forgotten that the papers should have been filed?

General Hospital’s Curtis and Portia may want to move forward in their relationship. However, as long as Curtis is married, they cannot move forward. Will things go on until Curtis and Portia decide to get married only to find out that he still has a wife? Will Aunt Stella finally remember taking the divorce papers? What will it take before Curtis knows the truth? Curtis should realize how much time has passed since the papers were signed. Will something prompt Curtis to check on his divorce status?

General Hospital Spoilers – Stella Henry Has A Lot To Answer For

General Hospital’s Stella should be held accountable for taking the divorce papers. Stella had no right to take mail from Jordan’s office. Eventually, the subject of Stella’s interference needs to be addressed. Once Jordan and Curtis signed their divorce papers that should have been the end of it. Will Jordan’s newfound determination to take down criminals cause her to go after Stella when the truth comes out? After all, tampering with the mail is a federal offense. Now that Jordan is out to correct all wrongs, will she let Stella slide on a federal office like tampering with the mail? Will Stella go after Curtis’s aunt causing yet another argument between the two of them?

Will Jordan and Curtis have to start the divorce process over again? Will Jordan still be willing to sign the papers so Curtis can have his divorce now that he has moved in with Portia?