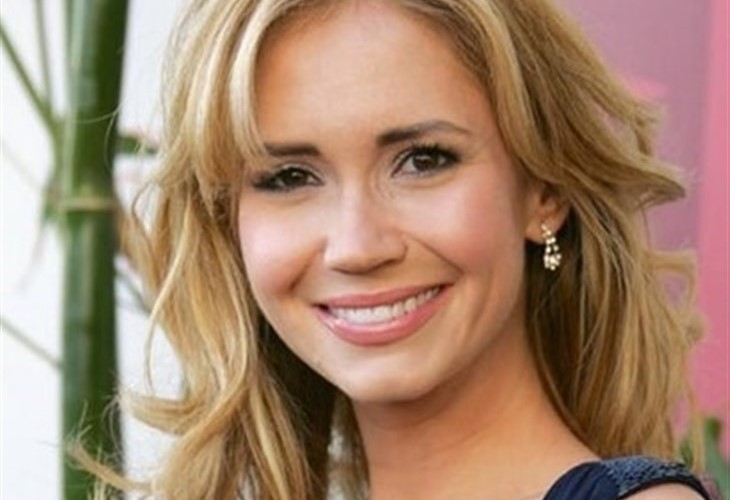 The Bold and the Beautiful spoilers and updates tease that Ashley Jones recently returned to the soap as Bridget Forrester. In a recent interview, the actress opens up about her return.

In the episode that aired on March 31, Jones reprised her role as Bridget. She made her appearance as the episode drew close to its end. She called her mom, Brooke Logan (Katherine Kelly Lang), to inform her that she is in Los Angeles and she’ll be staying for a while.

The actress recently shared a video on Instagram, where she can be seen wearing a white lab coat with a stethoscope on her neck. The actress was at Studio 31 in CBS Television City since the B&B logo can be clearly seen at the back.

She didn’t write any other caption aside from a few hashtags, which were #theboldandbeautiful and #bridgetForrester.

Fans were quick to comment on the video Jones posted. One said, “So much is up! The doctor is busy!” What does her return mean for the Forresters?

Steffy Forrester (Jacqueline MacInnes Wood) will have a heated confrontation with Sheila Carter (Kimberlin Brown). Their conversation will become violent when the latter grabs and shoves Steffy into a dumpster. Sheila thinks that she can easily get Steffy out of her way. But Steffy has no plans of giving up. She’ll warn her that Finn knows what she has done to Brooke Forrester (Katherine Kelly Lang). Sheila will become more enraged as more people learn about her secret.

As for Finn, he’ll be notified about the scuffle that’s going on between Sheila and Steffy. He’ll rush to II Giardano in hopes he could stop the fight that’s taking place between the two women? Will he manage to calm them down or will he find himself in a dangerous situation.

Meanwhile, Taylor Hayes (Krista Allen) and Ridge Forrester (Thorsten Kaye) will talk about Sheila and the problem she’s caused to the people around her. Ridge knows what Sheila is capable of and will warn Taylor to keep her distance. Ridge doesn’t trust Sheila and knows that she’s capable of anything, which is why he wants her to be wary of what Sheila can do.