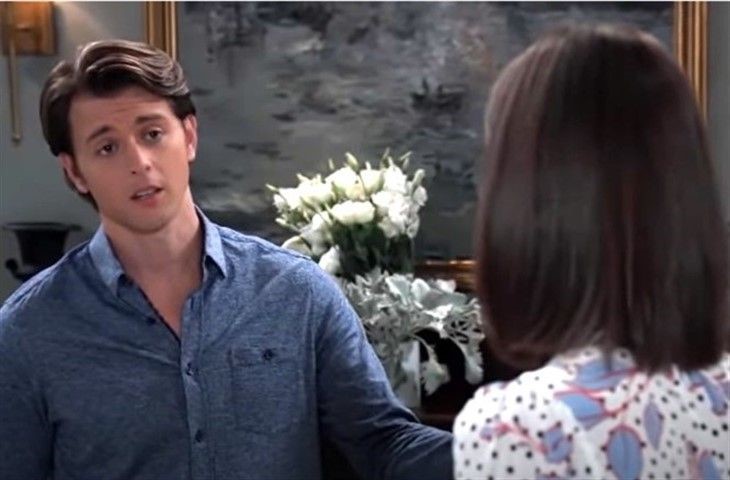 General Hospital (GH) spoilers and updates tease Willow Tait (Katelyn MacMullen) believed that her life was complete. Willow has been in a committed relationship with Michael Corinthos (Chad Duell). Willow and Michael have been raising their son Wiley Quartermaine-Corinthos (Viron Weaver) together.

Willow has embarked on a promising career as a nurse at General Hospital. Willow had been looking forward to going on a trip to Paris with Michael but the trip has been put on hold. Willow and Michael have some difficult challenges that they are going to have to find a way to overcome.

Harmony did not have the birth certificate because she is not Willow’s biological mother. Harmony is also keeping the secret that she killed Dr. Neil Byrne (Joe Flanigan). Harmony killed Neil while he was sleeping next to Alexis Davis (Nancy Lee Grahn). Willow has wanted to give Harmony a second chance even though Harmony did not protect Willow from the cult leader of Dawn of Day Shiloh AKA David Henry Archer (Coby Ryan McLaughlin). Willow may be in danger from Harmony if she finds out that Harmony killed Neil.

Michael had been having legal problems with Wiley’s grandmother Nina Reeves (Cynthia Watros). Nina wants to be able to be a part of Wiley’s life. Michael and Willow have not wanted Nina to be in Wiley’s life because she kept the secret that Michael’s father Sonny Corinthos (Maurice Benard) was alive from his family and friends. Michael believes that Nina would be a bad influence to Wiley. Michael has turned to Diane Miller (Carolyn Hennesy) for help with his legal problems.

General Hospital Michael and Willow are going to have to hold on to their love to see them through the difficult times ahead. Willow will find out that Harmony is not her mother and that she killed Neil. Harmony may try to hurt Willow when she finds out the truth. Can Willow find a way to be able to deal with Harmony and stay safe after the truth comes out?

Michael will need to get out of his legal problems in order to help Willow. Michael will need to find a way to get the problems he has with Smoltz settled. Will Michael be able to get the charges against him dropped? Michael will need to decide what he wants to do about Nina and Wiley. Michael may find that he could get help for Willow from Nina. Could Michael find that he needs to turn to Nina to help Willow when she finds out the truth about Harmony? Be sure to catch up on everything happening with GH right now. Come back here often for General Hospital spoilers, news, and updates.