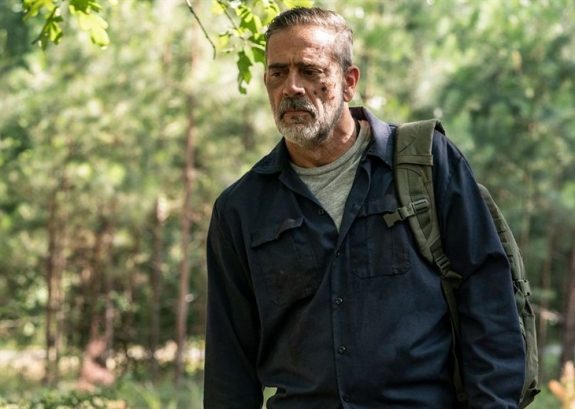 The Walking Dead spoilers and updates tease that fans were shocked with the latest twist that involved Negan (Jeffrey Dean Morgan) and Hershel (Kien Michael Spiller). The show’s boss, Angela Kang, opened up about the recent events in the show.

In the recent episode that aired last Sunday, fans learned that Negan got married to a woman named Annie (Medina Senghore). Not only that, the latter is pregnant and Negan is the father. But a lot of things can happen on this show. Fans will just have to wait and see if Annie can live long enough to deliver Negan’s baby.

Another shocking development in the life of Negan had something to do with his confrontation with Hershel, the son of Glenn Rhee (Steven Yeun), who Negan brutally killed with a spiked bat.

In the episode, Negan saved Hershel when he was captured by soldiers. Hershel then managed to put things together and figured out that Negan was the one who killed his father. The kid then pulled a gun on Negan. Fortunately, the latter managed to calm him and convince him to put the gun down. Negan then told Hershel to set aside their “unfinished business” for now. He told him to grow up and find him one day to settle the score once he becomes an adult.

The Walking Dead Boss – Weighs In On The Shocking Twist

Morgan’s character has evolved since he debuted on the show. The antagonist has not become one of the show’s main protagonists. The Walking Dead showrunner Angela Kang said that Negan is the type of person who doesn’t want to be alone. He wants to be in a group but he also planned to keep his head down. However, things changed when he met this badass woman. Now that he’s having a child, will Negan totally change his ways?

When it comes to Hershel, Kang said that Negan admires children and “can be just purely altruistic and heroic” when it comes to kids. He sees “goodness and purity among kids and he feels like they need to be protected.

For now, fans can only guess whether Hershel will follow his advice and put aside his plan to get revenge for his late father. Viewers need to wait and see if Negan will become a father or if he’ll end up developing a close relationship with Hershel.