Days Of Our Lives Spoilers: Ciara Worries About Clyde Working For Roman 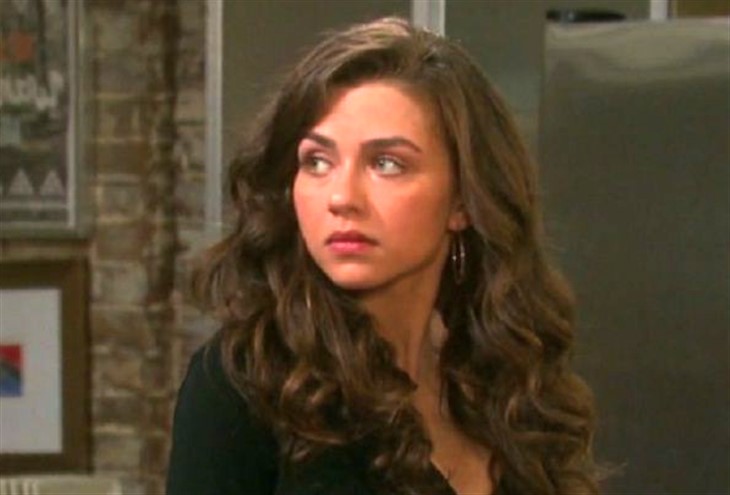 Days of Our Lives spoilers and updates tease that Ciara Weston (Victoria Konefal) will worry about Clyde Weston (James Read) working for her uncle Roman Brady (Josh Taylor) at Brady’s Pub in an upcoming episode of Days of Our Lives!

Days Of Our Lives Spoilers – Will Roman Brady Set Up Clyde Weston To Fail?

Days Of Our Lives Spoilers:  Allie Tries To Get Johnny To Fight Off The Devil

Ciara knows this and although she loves her uncle and knows that usually he’s a fair man, the thought may cross her mind that he could do something that would set Clyde up to fail; not something that would be illegal, but maybe something cooking related. For instance, he could put sugar in a salt shaker when the pub didn’t have many customers; there would be complaints and he could fire Clyde – one wouldn’t think that sounded like Roman, but it would be an easy way to not have to keep Clyde! But more likely Ciara will worry if newly hired Clyde might drive away business if he was spotted by customers of Brady’s pub!

Days of Our Lives viewers know that Ciara has a certain amount of trust in her father-in-law, or she wouldn’t have agreed with Ben Weston (Robert Scott Wilson) to allow Clyde to stay in their home! Days of Our Lives viewers will remember that Clyde was instrumental in helping Ciara save Ben’s life a few years ago when he was framed for Jordan Ridgway’s (Chrishell Stause) murder and in the process of being executed!

Ciara isn’t worried that Clyde would harm her uncle Roman or try to rob the pub and take off, like Kate Roberts (Lauren Koslow) is, and actively nagging Roman to fire him! Clyde seems to be in the process of trying to redeem himself and he wouldn’t have gotten parole if the parole board felt he was still a danger to the public, or wasn’t remorseful for his past crimes. Ciara knows that people change and do change if they really want to, she’s seen it first hand with her cousin Claire Brady (most recently Isabel Durant) although many times, like Claire and Ben, they need a lot of help along the way!

Days of Our Lives viewers can expect that Roman does have Clyde on a probationary period as his new short order cook, as most employers do with new employees. Roman will likely keep Clyde behind the bar and the counter in the kitchen, where customers are not allowed, although he will continue to deal with a lot of flak from Kate!

As for Ciara, Days of Our Lives viewers can imagine that she may feel a little torn in her loyalties to her uncle and her father-in-law Clyde; she knows Roman won’t set up Clyde to fail although with Kate in his ear to fire him he might be tempted! The thing Ciara may be most worried about concerning Clyde working for Roman is how a convicted felon and a law and order guy like former Salem PD commissioner and ISA agent Roman will get along!