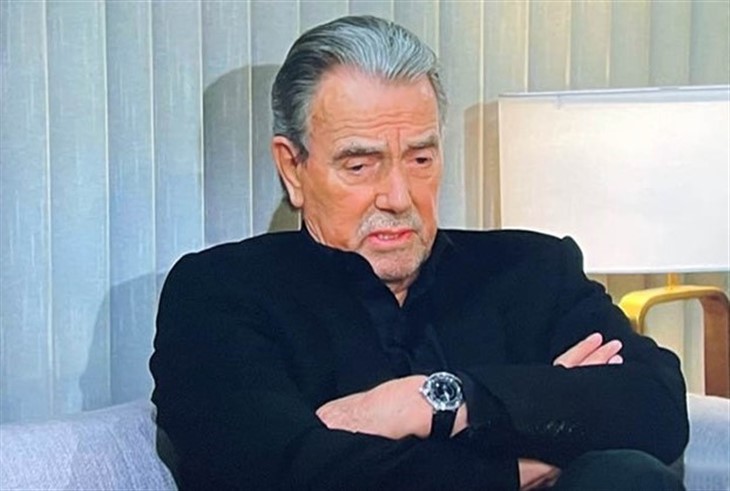 The Young and the Restless spoilers document that the Newman family always assumes it is right about everything. Victor Newman (Eric Braeden), as its head, is exaggerating his instinct regarding Ashland Locke (Robert Newman), but at least Victoria Newman Locke (Amelia Heinle) is not.

Victoria genuinely fell in love with Ashland after he came to Genoa City, Wisconsin, to take bids on Cyaxares Communications. He played a game with Victoria, Victor, Adam Newman (Mark Grossman), Billy Abbott (Jason Thompson), and Lily Winters (Christel Khalil) before deciding to sell a division of the Locke Communications Group to Victor and Adam.

But Ashland’s later decision, which seemingly involved allowing Victoria to believe she was pushing the merger of LCG and Newman Enterprises may give him an out.

Michael Baldwin (Christian Le Blanc) does not hold Victor responsible for his kidnapping in Peru. Lauren Fenmore Baldwin (Tracey Bregman) does but that is a different issue.

Victor was genuinely concerned when he lost touch with Michael. He found reliable sources who connected to a medical facility in Peru. Ashland claimed that the clinic provided him with an effective experimental cancer treatment drug that has allowed him to blunt the aggressive form of cancer he claimed to have been diagnosed with last year.

Michael says he is motivated to get Ashland and readily accepted Victor’s next assignment which is to thoroughly review the merger deal.

Victor continues to assert that he never trusted Ashland. That counters his past actions, which allowed the merger deal and the grand wedding in Tuscany, Italy to happen.

Braeden’s character feels guilty for not doing more to protect Victoria from being manipulated. Along with that, Victor is trying to preserve his reputation as a world-class chess player. But the Moustache’s reputation has taken a hit, and he knows it.

Victoria believes she was duped. She, like her father, is reacting based on a bruised ego. That is no way for her or Victor to run a merged conglomerate.

Ashland referenced his lawyers late last summer into the fall. His attorneys and Newman Enterprises’ group of barristers worked at a record pact to finalize what was a major transaction.

Viewers know that a bit of soapy magic was involved, along with assumed time-advancement during the plot. Would a merger of this size be finalized within a matter of weeks? That was not likely.

Victor’s ask of Michael assumes that the rushed merger deal could have included a loophole to reverse it. If the agreement was clean and strong, Victor and Victoria will be forced to recognize that Ashland can not be pushed out of their business lives on Y&R.