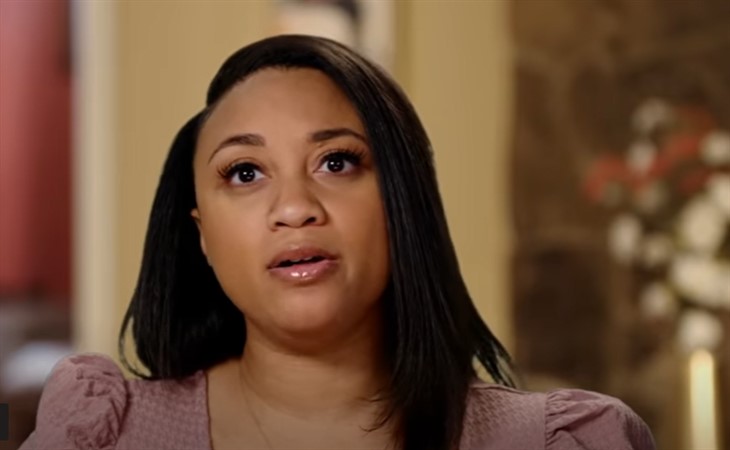 90 Day Fiance spoilers and updates reveal that Hamza Moknii and Memphis Smith bring a head-scratching exercise to TLC fans. Just what is going on with this couple? It’s actually a bit of a mystery right now as to where Hamza is and what he’s up to. Recently, a lot of passive-aggressive messages came from Memphis and that confuses a lot of people. After all she’s the one who was determined to tie the knot in a hurry.

Back around Christmas time, fans got an inkling that drama would come in giant batches for the couple. Actually, they instantly reminded fans of cast members like Laura and Aladin. Or, Zied and Rebecca Parrot. However, they managed to top them for the drama about babies, social media shading, and cultural differences. Actually, fans identified plenty of red flags right from the start.

90 Day Fiance Star Ben Rathbun Opens Up About Being Fired

90 Day Fiance fans watched the prenup drama play out, and a lot of spoilers came via social media. At one stage, a rumor went around that Hamza moved in with Memphis in Michigan. Then, the story of her welcoming a baby girl arrived last month, But now, it looks like Hamza’s in the wind — somewhere. Will all of their dram land them a spinoff? Both of them seem badly behaved enough to land that drama reward!

Right now, rumors suggest that Hamza might not even be in the USA. According to a report by Screen Legion, he could be back on the way to Tunisia. This weekend, the outlet noted that “according to Hamza Moknii, he is in Turkey.” Could he be rushing home to see his mom who might be ill? Or is he heading home permanently?

90 Day Fiance fans know by now, that with this couple, nothing seems set in stone. A bit like Aladin and Laura, it’s quite possible that the actual state of affairs might only emerge during the Tell-All. Alternatively, it’s possible that they try and keep being mysterious and passive-aggressive to try and land a spinoff. Of course, that doesn’t always work. In fact, Tiffany and Ronald come to mind.

90 Day Fiance fans noticed that at the moment, Hamza seems to post up cryptic posts and disable comments. Like what does this mean?

What are your thoughts about all the red flags and mysteries about this couple? Do you think they go through genuine drama? Or is it all just pre-planned to try and land a spinoff? Is Hamza on his way home forever? Or is he just heading home to see his mom? Sound off your thoughts in the comments below.