The Young And The Restless Spoilers: Jack Has Backing From Phyllis And Kyle – Diane’s Comeback Is Unpredictable 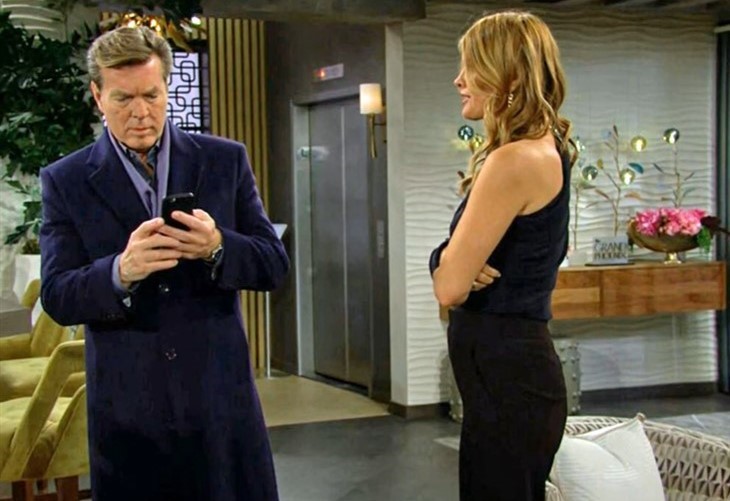 The Young and the Restless spoilers document that Jack Abbott (Peter Bergman) is being backed by Phyllis Summers (Michelle Stafford). She will soon be joined by Kyle Abbott (Michael Mealor) as this trio and others fight Diane Jenkins (Susan Walters).

Jack is a poor and embattled soul. After learning that his oldest son, Keemo Volien Abbott Nguyen (Philip Moon) died, he endured the emotional pain of reading those heartbreaking letters. Then, Allie Nguyen (Kelsey Wang) enters the scene.

Allie, like Jack, thought they were being directed by someone who cared about Keemo. But to find out that Diane was engineering their introduction is outrageous.

The Young And The Restless Spoilers – How Did Diane Jenkins Know?

Diane’s retelling of her faked death was a bit soapy. Saying that she worked with Deacon Sharpe (Sean Kanan) was convenient within the storyline. Y&R fans may be wondering if that means Deacon will crossover to the show, or some of the connected characters in Genoa City, Wisconsin, might visit him on The Bold and the Beautiful?

Walters is killing it as the resurrected villain who some grieved. One of the people who was forlorn for many years was their son, Kyle.

Diane’s claim that Kyle never left her heart is barely acceptable. But it can be digested when seeing that Diane genuinely decided that she needed help and was a negative force in the lives of those she cared for.

Y&R Spoilers – Phyllis Summers Will Not Back Off

Phyllis engaged in fierce battles with Diane all those years ago. Thankfully, TPTB are providing multiple flashbacks that serve to refresh the memories of devoted fans and inform newer viewers.

It now makes even more sense that Jack and Phyllis have been growing closer since last year. They need each other as they fight against Diane could eventually result in dramatic moments.

Diane has been complimentary to Jack and seems to want to make amends. No peace accord is likely possible with Phyllis, who will keep an eye on this duplicitous, revived enemy.

The Young And The Restless Spoilers – Kyle Abbott Deserves Answers

Kyle lost his mother when he was a boy. While the character Mealor now plays was once taken under his wing by Victor, Kyle and Jack have been tight for years. So, this father and son will stand up for each other as Diane tries to reconnect with her only child.

Diane was one of many women who loved Jack. But she was also involved with his rival, Victor Newman (Eric Braeden). Diane was last married to the Moustache before her arranged exit in 2011.