General Hospital Spoilers – Sasha Resists Moving In With Brando To Hide Her Secret! 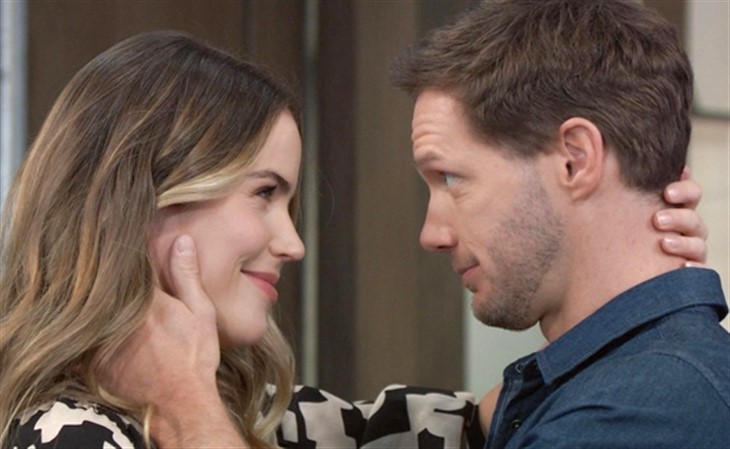 General Hospital Spoilers tease that life isn’t about to get any easier for Sasha Gilmore (Sofia Mattsson) and Brando Corbin (Johnny Wactor) now that they have gotten married. As viewers know, the couple eloped while on holiday at Niagara Falls.

While most people are thrilled that the couple has taken the next step in their relationship, there are those who worry that they made a huge mistake. After all, it wasn’t all that long ago that Brando and Sasha had to bury their infant son. Unfortunately, those people may be right as Sasha is hiding as Sasha’s dependance on drugs is likely influencing every decision the young woman makes.

Late last year, Sasha gave birth. But sadly, there were complications and it was determined that her newborn son, Liam, would not be able to survive without machines. Sasha and Brando made the difficult decision together to turn off the machines, and watched as their son passed away. They were both devastated but dealt with their grief in entirely different ways. While Brando took the time to mourn, Sasha went right back to work. But when Brando suggested they go away together, Sasha could only cope by turning back to drugs. She almost died the first time she dabbled in drugs, by overdosing and having a heart attack.

General Hospital Spoilers – Sasha Gilmore Is In No Hurry To Combine Households.

Even though they are married, Sasha and Brando are still living apart. Sasha is in no hurry to change the status quo. This is likely due to the fact that she wouldn’t be able to hide the extent of her addiction from Brando if they were living together. And although Brando might be beginning to suspect Sasha’s drug use, it will be much harder for him to help her if they aren’t living together. As long as they are living apart, Sasha will believe she can hide the truth.

GH Spoilers – Brando Corbin Will Begin To Wonder If Sasha Gilmore Really Wants To Be Married.

Once the truth comes out, Brando will wonder if Sasha’s desire to wed was what she really wanted or if she was just high. Every decision that Sasha made will come into question. And the fact that they are still living apart will only contribute to Brando’s doubts. Sasha herself will realize she might have made a mistake pushing for marriage. Besides the issue of the drugs, Sasha really hasn’t mourned the death of her son and that’s not going to come easy, even if she can get off the pills.

Will Brando realize that Sasha isn’t thinking straight? Are the drugs the reason Sasha wanted to get married? Where do they go from here? Anything can happen in Port Charles so stay tuned to General Hospital airing weekdays on ABC. And don’t forget to check back right here regularly for all your General Hospital news, information and spoilers!