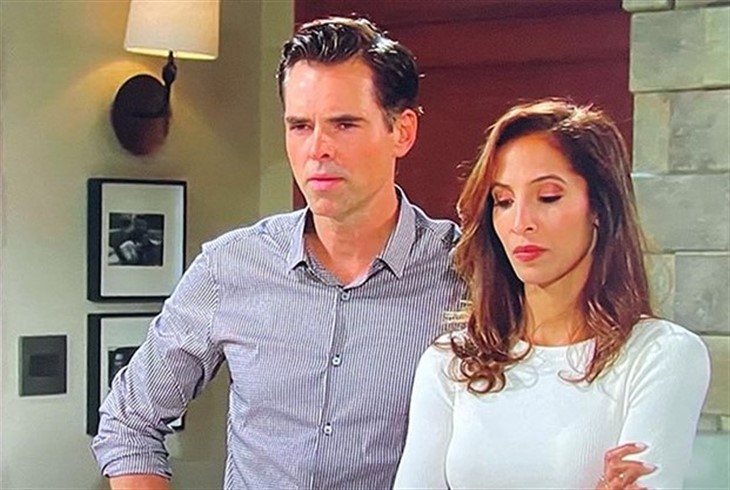 The Young and the Restless (Y&R) spoilers and updates tease Lily Winters (Christel Khalil) believed that her life was complete. Lily has taken over running Chancellor Industries from Jill Abbott (Jess Walton). Lily is hoping to merge Chancellor Industries with the Hamilton Winters Group. Lily wants to work with her brother Devon Hamilton (Bryton James). Lily is in a committed relationship with Billy Abbott (Jason Thompson). Lily is concerned about Billy because he has told her that Victoria Newman Locke (Amelia Heinle) is having problems with her marriage to Ashland Locke (Robert Newman).

Lily was shocked when Billy told her that Ashland has been pretending to have cancer. Billy found out that Ashland had been lying to Victoria about his medical condition. Billy has been concerned about Ashland being in Victoria’s life. Billy did not want Victoria to marry Ashland. Billy tried to stop Victoria from marrying Ashland but Victoria was determined to be with Ashland.

Billy thought that he could stop Victoria by bringing Jesse Gaines (Jamison Jones) to the wedding. Jesse had information about Ashland’s dark past. Victoria decided that she would stand by Ashland even though she had found out about Ashland’s past. Billy is furious with Ashland because he has deceived Victoria. Lily can understand that Billy is angry with Ashland but she does not want Billy to try to go after him.

The Young and the Restless Lily wants Billy to stay away from the problems that Victoria is having with Ashland. Billy had trouble with Ashland when he tried to keep him away from Victoria. Ashland was able to discredit Billy and damaged his reputation. Lily believes that Billy could get into danger if he tries to take on Ashland. Can Lily keep Billy from getting hurt by Ashland? Lily is concerned that Billy may find his way back to Victoria if she leaves Ashland. Can Lily find a way to keep Billy from going back to Victoria?