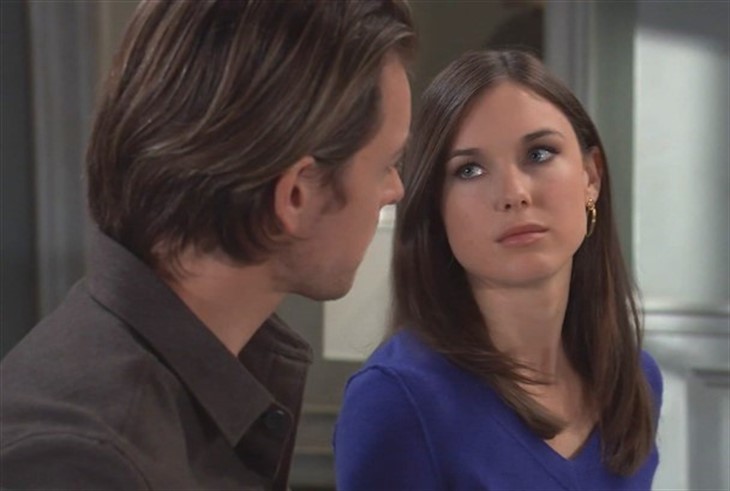 General Hospital spoilers and updates tease that Michael Corinthos (Chad Duell) and Willow Tait (Katelyn MacMullen) will hit a roadblock when they try to explore their options in the visitation case in an upcoming episode of General Hospital!

General Hospital Spoilers – Diane Miller Warned Michael Corinthos And Willow Tait Things Could Get Ugly If It Went To Court!

General Hospital viewers will recall that when Michael and Willow met with Diane previously last week on General Hospital, she had warned them things could get ugly if they didn’t work something out outside of court! Diane had advised them that Nina Reeves (Cynthia Watros) has legal standing as Wiley Corinthos’ (Viron Weaver) maternal grandmother to demand visitation with her grandson, even if it is supervised, and even suggested that option.

Diane warned if Nina took it to court, she could bring up Michael’s past criminal record as well as the assault charge he recently accrued, even though the smarmy freelance reporter Grant Smoltz (David Lautman) did deserve the punch! Michael and Willow wouldn’t consider working out something with Nina informally, and Michael noted Nina’s past offenses were much worse; longtime viewers will remember Nina induced labor in Ava Cassadine (Maura West) with Avery Jerome-Corinthos (Ava and Grace Scarola) and kidnapped her!

GH Spoilers – The Focus Should Be On What Is Best For The Child, Not To Use Him As A Pawn!

General Hospital viewers can expect that Diane will remind Michael and Willow that their focus should be on what is best for the child, and not to use him as a pawn to prove a point! Michael has seemed to have been more interested in taking revenge on Nina for “taking” Sonny Corinthos (Maurice Benard) away from his family and Wiley for nine months by letting everyone believe he was dead and denying Nina a relationship with Wiley because of it.

General Hospital viewers will recall that Carly Corinthos (Laura Wright) has been a big part of Michael having that attitude, because both of them hold Nina’s having been Nelle Benson’s (Chloe Lanier) mother against her, when Nina didn’t even know it until after Nelle was dead! It seems that Willow has joined Michael in sharing that view, telling him that she used to have compassion for Nina, but no more, and she feels Nina would be a detriment to Wiley as well.

General Hospital – Spoilers – As Michael Corinthos And Willow Tait Explore Their Options, They Hit A Roadblock

General Hospital viewers will see that as Michael and Willow explore their options, they run into a roadblock – their desires are being made loud and clear, but what about Wiley’s? General Hospital viewers can expect that Wiley is old enough to know who he loves and who he doesn’t and who he wants to have relationships with in his life. Not that long ago, Willow and Wiley were outside in a park in an episode of General Hospital, and Wiley saw Nina and ran to her, excitedly calling out “Grandma”!

Carly was nearby and broke up the sweet reunion and Wiley was visibly upset, because no one took into consideration what he wanted; and Wiley himself and his desires might be the biggest roadblock of all in options everyone else wants to force on him!