The Young And The Restless Spoilers: How Can Diane Win? – Genoa City Prepares For Villain’s Return 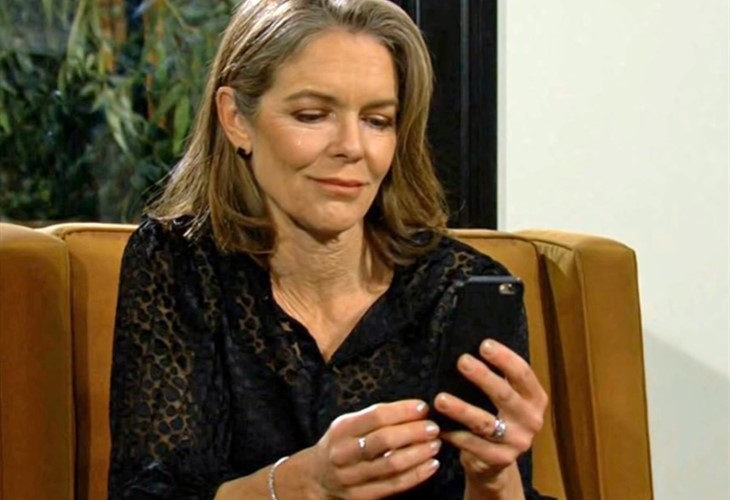 The Young and the Restless spoilers document that Diane Jenkins (Susan Walters) is in a dream world. Although she may have some soapy tricks up her sleeve, considering the backstory of this character.

As it stands, Jack Abbott (Peter Bergman) knows that he will be tied to her comeback. Their adult son, Kyle Abbott (Michael Mealor), must be informed that his assumed dead mother faked her death.

Diane selfishly decided to leave her young son and others in Genoa City, Wisconsin, and move away. But her choice could be seen, from a certain angle, as selfless.

Jack let Diane have it when he agreed to return to her new home somewhere in Los Angeles, California. As viewers recall, his newfound granddaughter, Allie Nguyen (Kelsey Wang) was fooled into inviting him to meet the woman who bought her late father’s (Keemo Volien Abbott Nguyen, as played by Philip Moon) home from her.

Diane reinforced that without her, he would not know Allie existed. Jack had none of it, knowing that a price would be asked for this so-called favor.

As he expected, Diane wants him to facilitate her reintroduction to Kyle. That sends Jack to consult with Phyllis Summers (Michelle Stafford).

Thankfully, Jack has Phyllis. He needs her more than he anticipated.

Phyllis has no love for Diane, with hardcore fans recalling the fierce battles these characters had in the past. Newer viewers were informed of the bitter history through various rebroadcast clips, more regularly termed retrospectives.

All Phyllis needed to hear was the pain in Jack’s voice. That sound sends her back to LA, which is across the set for Stafford in real-life. Then, Phyllis accompanies Jack to Diane’s house, where a very direct conversation happens.

Diane was dead and buried, or so Jack and everyone else thought. Of course, fans have learned that Deacon Sharpe (Sean Kanan) helped Diane by obtaining a corpse from the morgue to further her phony murder story.

The Young And The Restless Spoilers: Kyle Defies Jack, Bonds With Dianehttps://t.co/dhsETC2SKu#YR #TheYoungandtheRestless

Deacon is an intriguing name for Diane to reference, as he is currently in Los Angeles, fully integrated into a storyline that involves Brooke Logan Forrester (Katherine Kelly Lang) and Sheila Carter (Kimberlin Brown). His link to Sheila could force him out of town and potentially back to GC at any time.

But no matter who Diane is connected to or what she says now, her actions many years ago will not be received well by anyone. Jack is trying to move on with his life and pursue love. Diane’s resurrection throws a twelve-to-six curveball into Jack’s plans, with the start of baseball season reference intended.