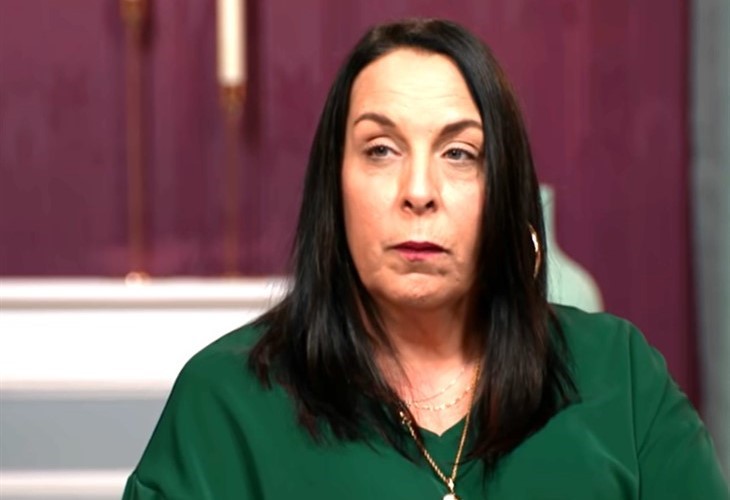 90 Day Fiancé spoilers, news, and updates tease that Kim Menzies shed tears the moment she knew about Usman “Sojaboy” Umar reconnecting with her past lover, Zara.

Kim Menzies debuted on the TLC show when she made her way to Tanzania to witness the filming of Usman Umar’s music video for his song “Zara.” The two created a friendship online when Kim messaged the Nigerian rapper after seeing him on a “90 Day” franchise with his ex-wife, Lisa “Baby Girl” Hamme. When they finally met in person, they became closer and Usman considered Kim as his “potential girlfriend.”

Their relationship was not well-received by fans when Kim started to give expensive gifts to the musician, such as PlayStation 5 and MacBook Pro. The San Diego resident was also slammed by viewers online when she convinced Usman to sleep with her in one room and be intimate with her. However, after all the criticisms they received, the two became officially in a relationship.

In the previous episode, Kim was extremely mad at Usman when the latter decided to open up about the story behind his new song. When Kim knew about Usman’s ex-girlfriend, Zara, she started to question her worth in the Nigerian star’s life and demanded to do something grand for her.

After their intense argument, the two were still able to patch things up before Kim flew back to the USA. However, when the mother-of-one went back to San Diego, Usman video called his ex, Zara, and started to have a flirty conversation with her.

The Nigerian rapper confessed that he truly loves his ex-girlfriend as he told the cameras, “Even though I didn’t meet Zara in person. I love that lady so much.” Usman also started to question his real feelings for his current girlfriend as they always argue when things are not in Kim’s way.

The Tell-All started badly for Kim Menzies when her co-star, Ben Rathbun, called her a “predator” for initiating the move in pursuing Usman Umar. Kim then defended herself, saying: “I don’t feel like I’m a predator. I feel like I’m 51 years old and I went for what I wanted, that’s how I feel.”

However, the tension grew when the footage revealed Usman calling his ex-girlfriend, Zara, when Kim went back to San Diego. The mother-of-one was mortified, “Wow, this is humiliating. That’s really f**ked up.”

Kim tried to compose herself but tears burst out, which led her to walk out of the tell-all. Will this be the end of her relationship with the Nigerian artist?

Be sure to catch up on everything happening with 90 Day Fiancé right now. Come back here often for 90 Day Fiancé spoilers, news, and updates.