The Young And The Restless Spoilers: Ashland Believes He Has An Out – Victoria’s Move Looks Brilliant 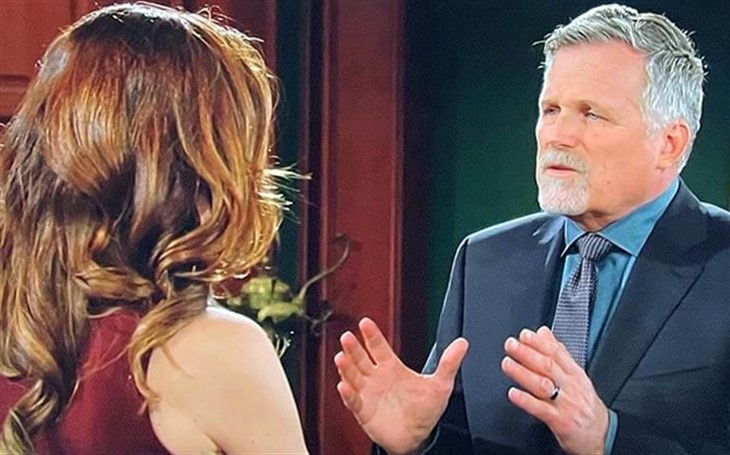 The Young and the Restless spoilers document that Ashland Locke (Robert Newman) appeared to have not developed a plan to prove his claimed innocence. That is what makes Victoria Newman Locke’s (Amelia Heinle) theory about Adam Newman (Mark Grossman) intriguing on multiple levels.

Victoria admitted something important to Billy Abbott (Jason Thompson). He and the audience were privy to her confirmation that she is trying to trap Ashland and remove him from Johnny Abbott (Holden and Ryan Hare) and Katie Abbott’s (Sienna Mercuri) lives.

The above implies that Victoria was selling her seeming surprised realization. Ashland was present with her in their Newman-Locke Chief Executive Officer’s executive suite when she tagged Adam as the hidden framer.

The Young And The Restless Spoilers – Ashland Locke Had Limited Options

If Ashland lied about cancer, as the storyline suggests, then he can not prove his innocence because he is guilty. So, he was planning to use the trip to Tuscany, Italy, as a means to an end.

Billy believes that Ashland is capable of physically harming Victoria. Thompson’s character was slightly appeased when she told him that her father was sending bodyguards to watch her and Ashland at the villa.

While Ashland’s state of mind is unknowable, it is possible that he wanted to get away so that he could more deeply enforce his psychological hold over Victoria.

Adam was the interim CEO replacement for his sister. But with the trip being initially blocked by Victor Newman (Eric Braeden) and then called off by Ashland, the proposed temporary power plan changes.

Victoria was not keen on Adam taking over for her, even if it was temporary, because she does not trust him. However, her new pursuit uses Adam’s poor reputation as bait.

It would be interesting if Adam were involved, on some level, in accentuating Ashland’s troubles. But Ashland did have Michael Baldwin (Christian Le Blanc) kidnapped in Peru, which meant that Victor’s attorney became a threat.

So, even if Adam is revealed as having some hand in Ashland’s plight, it can not logically rise to the level of a full-frame.

Victoria was double-talking her husband. She is convinced that he manipulated her to realize the merger. So, when talking about Adam’s misdeeds, she was referring to Ashland’s crimes.

At this point in the plot, Ashland is buying Victoria’s theory. Her suggestion is believable because Ashland knows she does not trust Adam.

The brutal games this married couple is playing with each other will likely produce a winner and a loser. Victoria is counting on Ashland’s ego blocking his mind from even considering that she will come out ahead of him.