The Young And The Restless Spoilers: Chance’s Return To Work Is Risky – Rey Impacted By Partner’s Reaction 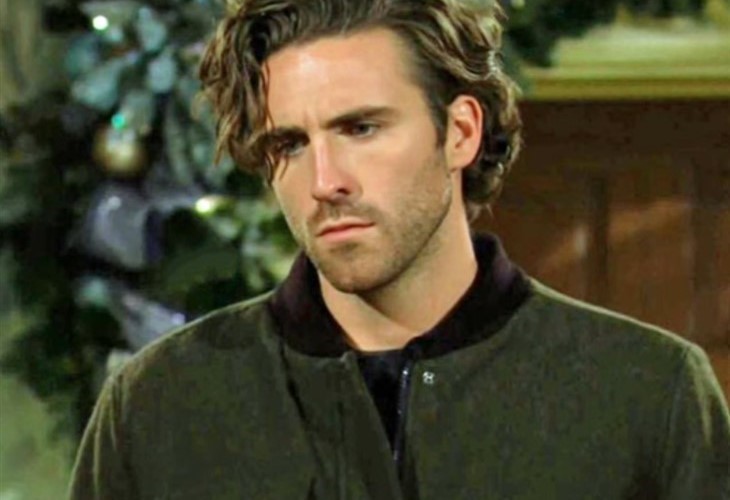 The Young and the Restless spoilers document that Chance Chancellor (Conner Floyd) felt emboldened by Dr. Huffman’s (Jeremiah Jahi) suggestion. The psychiatrist, who is ex-military like Chance, encouraged Chance to return to work and so he did.

Chance’s resume matches the description of a Genoa City Police detective. Rey Rosales (Jordi Vilasuso) agrees and is glad his partner appears to be healthy. His endorsement enabled Chance to get back to work.

However, viewers know that Chance has made progress since his wife, Abby Newman Abbott Chancellor (Melissa Ordway), convinced him to return from Spain. But Floyd’s character is still recovering, as his flashbacks to the day of the bombing confirm.

Chance has a greater than normal capacity for pain. Yet, the mental anguish he suffered because the team he led was killed on their mission, can not be dismissed.

It feels very risky to put Chance out on the streets in what will be life-threatening situations so soon after the tragedy he endured. But Paul Williams (Doug Davidson) was okay with it, assigning Chance to next-day duty with Rey.

Viewers recall Chance’s paralyzed reaction when hearing a loud noise while on a simple stakeout with Rey. But Floyd’s character was merely observing in that instance, which will not be true in future calls Chance and Rey will be making.

It was disheartening to learn that Vilasuso’s contract was not renewed and that he will no longer be part of the cast. Y&R records episodes one month in advance. So, this solid actor will soon be seen in his last scene.

Whether Rey is recast is an open question. Hopefully, the character that Vilasuso first embodied in the summer of 2018 is not being killed off.

It is reasonable to wonder if Floyd’s character remains in a doom scenario pattern where his inability to react will put Rey’s life in danger?

Rey and Sharon Rosales (Sharon Case) have been getting along well and are in the strongest stretch of their marriage. It could be possible that Chelsea Lawson’s (Melissa Claire Egan) increasing closeness to Rey leads to a vow break. That outcome would plausibly create a quick divorce storyline.

But if the above does not happen, how can TPTB reasonably explain Rey needing to leave town indefinitely?