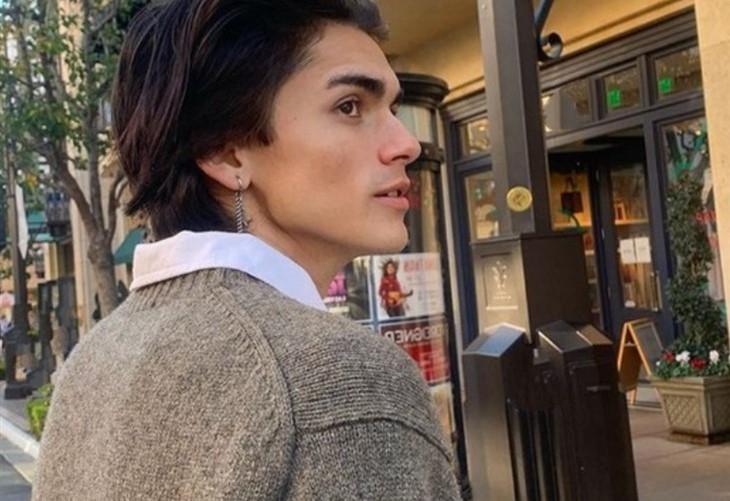 General Hospital spoilers and updates tease that alum actor Ashton Arbab has landed a new role and is ready for it!

Ashton Arbab, who played the role of Dev Cerci on General Hospital, is excited to show the world his new character on Fear of the Walking Dead. The 19-year-old American actor is pretty much ready to appear on the episode of the show on April 24.

In a recent Instagram post, Ashton Arbab has expressed his excitement about his screen comeback. He shared a picture holding the clapperboard with the film director Ari Novak.

“And thats a picture wrap !! thank you for believing in me @dasnovak @mike_manning_ @ribhillis. Cant wait for everyone to see what we made,” Ashton said in the caption.

The young actor received warm comments and compliments from his new co-workers.

Rib Hillis showed his appreciation to work with the alum actor of the General Hospital.

“Such a pleasure to work with you son 😁 You were amazing. Looking forward to watching you shine ⭐️ Love Dad,” Rib commented on their photo uploaded on Instagram.

While Maiah Wynne also commented on how she loved working with the young actor and commented on the same Instagram post. The new co-star mentioned that the actor did an amazing job and that she is looking forward to working with Ashton Arbab next time.

Other new co-workers and co-stars like Alexa Nisenson and Morgan Harville didn’t refuse to show excitement for Ashton Arbab as well.

The upcoming episode of the FTWD is what everyone is looking for on April 24. The episode description on IMDB teases, “When Charlie shows up at the tower unexpectedly, Howard recruits a young Ranger in training to determine the reason for her visit. As they journey beyond the tower together, Charlie’s true motives are revealed!”

Even though there are no exact details about the exciting role of Ashton Arbab in the new episode of Fear of the Walking Dead, the fans are excited to see him again back on screen after his character of being the homeless pickpocket boy in the General Hospital.

Ashton Arbab was last seen on GH in November 2020 when his character died.