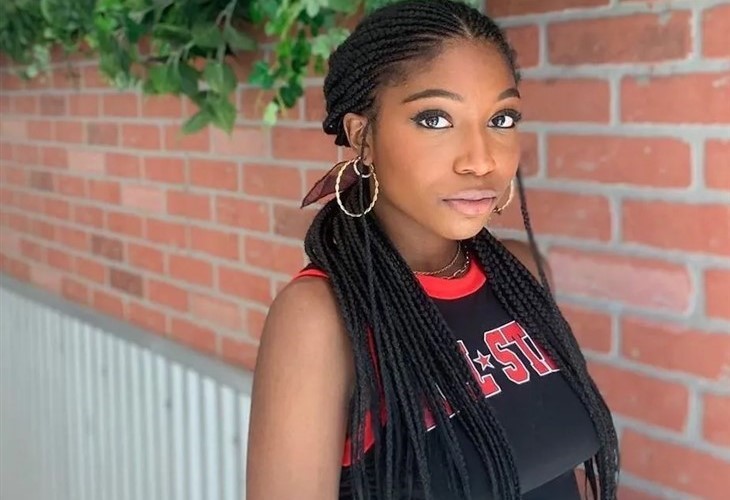 Tabyana Ali spoilers and updates tease that Tabyana Ali is now playing the role of Trina Robinson. The actress took over the role from Sydney Mikayla, who was last seen in the episode that aired on March 17.

Mikayla decided to leave the daytime drama so she can focus on her college studies at UCLA. The actress explained that she managed to juggle her course load and acting for a few months. However, she felt that her studies were more important, which was why she bid farewell to the soap opera.

GH execs were supportive of Mikayla’s decision. It was also revealed that they were informed about the actress’ intentions to attend college when she was offered the contract back in 2019.

In a brief interview during a Facebook Live Chat with co-stars Donnell Turner, Tanisha Harper, and Brook Kerr, Ali revealed that she auditioned for this role when she was 16 years old.

“And it came down to me and the previous Trina, Sydney [Mikayla], beforehand. So I had some idea who Trina was because I had to fall into her three years ago,” Ali shared.

The actress had no idea what character she was reading for when General Hospital called her in to audition. She thought it was for a new and different character. She had no idea that she was going up for Trina again.

General Hospital Spoilers – Taking Over The Role From Sydney Mikayla

When she took over the role of Trina, Ali knew that she had big shoes to fill in. She admitted that it was intimidating because of the character’s big fan base and Mikayla’s impeccable performance as Trina.

She wanted to continue that although she knew it would be a challenge. The good news is that Ali has started to become more comfortable in the role.

Back in Port Charles, Curtis Ashford (Donnell Turner) grows even more concerned about Stella Henry’s (Vernee Watson) condition. He calls 911 after the latter collapses. He wants her to get the medical care she needs.

General Hospital (GH) Spoilers: Could Nina Have Had Triplets? Could Sasha Be The Third Baby @soapoperaspy https://t.co/ojCE7fTcvd #GH #GeneralHospital

Harmony Miller (Inga Cadranel) would really want Willow Tait (Katelyn MacMullen) and Michael Corinthos (Chad Duell) to make peace with Nina Reeves (Cynthia Watros). Unfortunately, Willow has no plans of having any kind of relationship with Nina while Michael is too busy dealing with his legal troubles.

Be sure to catch up on everything happening with Tabyana Ali right now. Come back here often for Tabyana Ali spoilers, news, and updates.