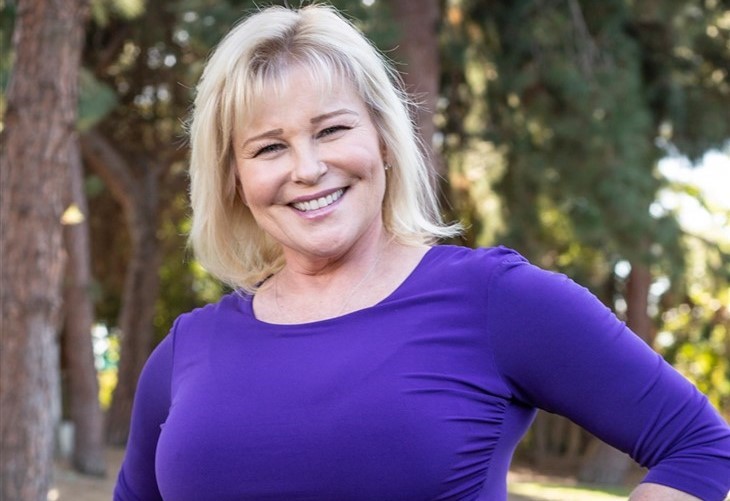 Days Of Our Lives (DOOL) spoilers and updates tease that Bonnie Lockhart’s portrayer, Judi Evans, opened up about her new film, Love Is On The Air. The movie, where she plays the role of Miriam, is currently streaming on Pure Flix.

The actress describes her character, which she loves, as “wise and sage.” She added that there’s humor in the script, which she found fun to play.

Days Of Our Lives Spoilers – Getting Back In The Saddle

Fans may recall that Evans got involved in a horseback riding incident back in 2020. In the movie, Love Is In The Air, the actress revealed that she was invited to saddle up.

Evans said that it was the first time she got on a horse since her accident. The actress had no problems riding the horse but she admitted that she still felt terrified.

She still recalled the “painful” incident but she chose to be brave and “trotted around a few times.”

“The horse was great. Some horses fit you like a glove and others [not so much]. But I could tell this was a really good horse,” she shared.

DOOL Spoilers – Love Is On The Air

The movie follows the story of Adam Smasher (Jason London), a radio ‘shock jock,’ whose career is currently at a standstill. Adam gets stranded in the middle of nowhere after his car breaks down. He meets Eve Cassidy (Lauren Harper) and the two gradually develop feelings for each other.

The actress described the film as “sweet and uplifting.” It’s a feel-good movie that gives viewers hope as they go through their own life journeys.

Allie Horton (Lindsay Arnold) remains under the control of the devil. Chanel Dupree (Raven Bowens) looked everywhere for her until she found her at Nicole Walker’s (Arriane Zucker) apartment. Allie will give Chanel the cold shoulder when the latter asks questions about her whereabouts. Allie’s cold response will shock Chanel. Will this lead to their breakup?

As for Belle Brady (Martha Madison), she’ll be heartbroken now that it’s been revealed that Shawn Brady (Brandon Beemer) is the father of Jan Spears’ (Heather Lindell) baby. The paternity results will cause problems in their marriage unless they manage to figure out what they need to do.