Doubling Down With The Derricos: Darian Struggles – Fans Offer Support 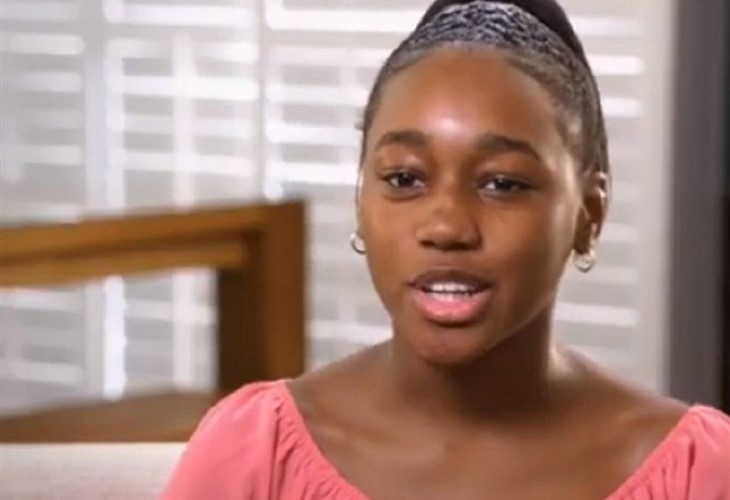 Doubling Down With The Derricos (DDWTD) Season 3 brings a lot of news about Darian, the oldest kid of Deon and Karen. She’s 16 now, and no longer a baby. But, her dad can’t seem to get his head around it. In fact, Karen also seems a bit freaked out that her baby wants to start dating. Well, Karen finally admitted that her girl grows up, but she needed some advice, so she turned to fans.

Doubling Down With The Derricos – Brings Popular Darian Derrico Growing Up

The TLC show is still relatively new, and fans immediately fell in love with the family. Not all new shows on TLC get such a good reception after the premiere. Fans especially like the fact that despite raising 14 kids, all of them seem polite, happy to help with chores, and know when it’s time to stop playing and get serious.

Doubling Down With The Derricos fans felt a bit sorry for Darian at one stage, as they feared she’d grow up to just be a nanny to her younger siblings. However, that didn’t happen and she started spreading her wings. Her mom and dad started letting go of the reins a bit later than OutDaughtered parents, Adam and Danielle Busby.

Last year, fans saw that at the age of 10, Blayke went on her first away summer camp. Meanwhile, Karen revealed that Darian was 15 before she experienced that. A year on, Darian had to raise the subject of getting a driver’s permit. However, she apparently struggles with it as Karen asked fans to step up and support her daughter.

Fans saw that on the show, Deon wasn’t keen on Darian learning to drive. So, Darian complained that he still thinks she’s a little girl. Anyway, she did start learning, but she seems to struggle with it. Karen shared a poll and said, “Let’s remind @darianderrico 🙌🏾🙌🏾🙌🏾🙌🏾 that she’s not alone! 💕💕💕💕💕💕💕💕”

Plenty of Doubling Down With The Derricos fans stepped up to encourage Darian and a lot of them agreed that passing on the very first attempt seems rare. Several fans said that they had to try three times. Meanwhile, a lot of fans agreed that it took at least two attempts. Certainly, it looks like only a few DDWTD fans managed it on the first try.

Doubling Down With The Derricos – Persistence Pays

Some Doubling Down With The Derricos fans kept on trying beyond three attempts. In fact, some of them tried and retried up to four times before they finally made it. Mind you, it’s interesting that they passed their next license up the rung on the first attempt.

Be sure to catch up on everything happening with the TLC show right now. Come back here often for more Doubling Down With The Derricos spoilers, news, and updates.