The Young And The Restless Spoilers: Rey’s Family Angst Is Ominous – Sharon’s Future In Doubt 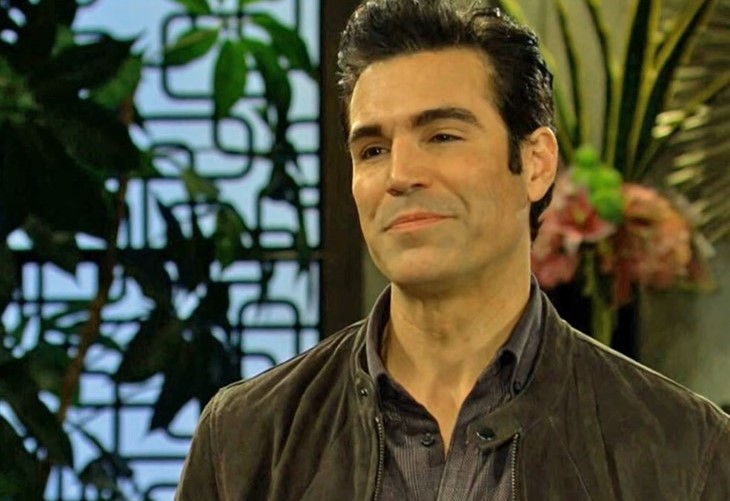 The Young and the Restless spoilers document that Rey Rosales (Jordi Vilasuso) admitted something to his renewed partner, Chance Chancellor (Conner Floyd). Rey said that he feels like an outsider whenever his wife’s children are together with her.

Chance knows where Rey is coming from, as he has been struggling with his role as a father. Devon Hamilton (Bryton James) is Dominic Newman Abbott Winters Chancellor’s (Rainn and River Ware) biological father, with that genetic link enabling a connection that Chance has been unable to make.

While Chance has made progress with his mental stability issues, Rey’s concerns are ominous, which informed fans know.

The Young And The Restless Spoilers: Chance’s Return To Work Is Risky – Rey Impacted By Partner’s Reaction

Th Young And The Restless Spoilers – Podcasting The News To Fans

Vilasuso recently announced on a social media platform that he was no longer part of Y&R’s cast. The actor detailed what happened on the new podcast he and his wife, fellow actor Kaitlin Vilasuso, host.

Episode two of Making It Work (which debuted on March 22) is titled, Embracing Change. In that March 30, 2022 episode Jordi Vilasuso says that he wrapped his time on Y&R in mid-March.

The actor advised he signed a three-year contract extension last fall. However, standard soap contracts include a clause that allows TPTB to exercise the option of releasing an actor every six months after the start of an agreement, which happened.

While disappointed to leave the show, he was magnanimous in praising on- and off-screen colleagues. The actor told his podcast audience that he understands the business, has a supportive wife, friends, and colleagues in the business, and is embracing change.

Y&R Spoilers – No Details Were Provided About Rey Rosales’s Fate.

Y&R records scenes that become episodes approximately one month in advance. So, Vilasuso’s last scene could be shown sometime this month.

However, the pacing and exact nature of Rey’s exit storyline is not yet known. So, fans could see Vilasuso’s character further into the spring depending upon how his scenes are paced.

The Young And The Restless Spoilers – Sharon Rosales Alone Again?

Sharon Rosales (Sharon Case) has had quite a romantic life through the years in Genoa City, Wisconsin. Her marriage to Rey has had its moments, with longevity being a question in the recent past.

However, this likable and believable pairing bonded since Chelsea Lawson (Melissa Claire Egan) tried to poison Rey. So, it will be interesting to see if his bond with Chelsea is tied to a potential break from Sharon or is just a way to resolve past tension on an upbeat note.

Chance’s instability would seem to be a source that could be tapped if something tragic is scripted for Rey’s future. Hopefully that does not happen and this character lives on as a recast or Vilasuso returns to the show someday if Rey is about to be written away from GC.