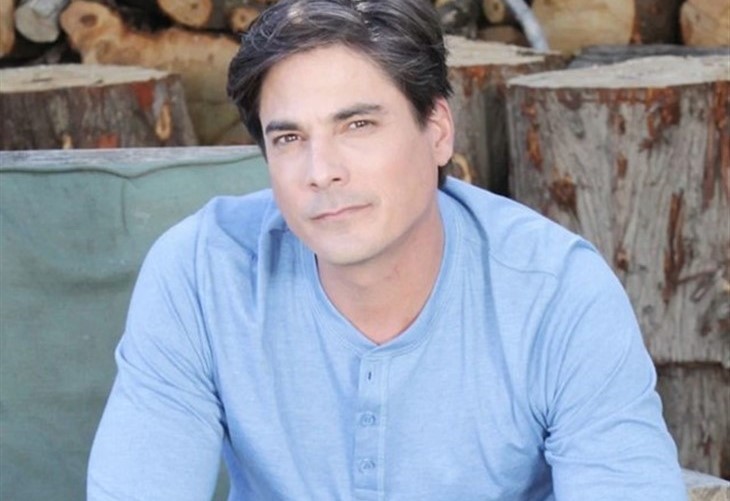 Days Of Our Lives spoilers and updates tease that Bryan Datillo has launched a new podcast called Conspiracies Inc. The podcast talks about his fascination with extraterrestrial beings and his experience with alien abduction.

Days Of Our Lives Spoilers – Datillo’s Alien Abduction In 1993

In an interview with Soap Hub, the actor who plays the role of Lucas Horton in the daytime drama shared that he was abducted by aliens back in 1993. The actor recalled that it happened right after he joined the cast of Days Of Our Lives and moved to Culver City.

The actor shared that he was about to go to sleep at around 9:38 p.m. Datillo was unable to sleep but was rather in a dream state. He saw a window and a fish tank. He was shocked and curious about how four unusual beings were suspended in the air, about 12 feet from the ground while looking through his window.

Datillo said they came into his room through the window and fish tank, just like a ghost. The actor said he couldn’t move at the time and the aliens were already in front of him. One was small and wearing a hoodie, and guided him out of his bed.

The aliens took him out of his apartment, to the clouds, and to their ship. He saw electrical devices and other humans who were left in a trance. He also met children, who were part human and part alien. Then he passed out.

The actor revealed that he managed to work the next day after his alien abduction. He woke up before seven in the morning and he was all drenched like he’d gone for a swim.

Ben Weston (Robert Scott Wilson) and Ciara Brady Weston (Victoria Konefal) are excited about their gender reveal party. They passed the sonogram results to Allie Horton (Lindsay Arnold) and Chanel Dupree (Raven Bowens), who are supposed to take care of the party.

Given that Allie is under the devil’s control, she’ll be responsible for causing the baby gender reveal party disaster. Ciara and Ben may be expecting either the color blue or pink when they cut the cake. With the devil at work, they may see the color red instead.

Allie may try to play dumb and pin the blame on Chanel for the blunder. Even so, Ciara and Ben won’t let the slip up prevent them from learning the gender of their baby. They would just have to look at the sonogram info to know if they’re expecting a boy or a girl.