Greg Vaughan Returns To Days Of Our Lives As Eric Brady 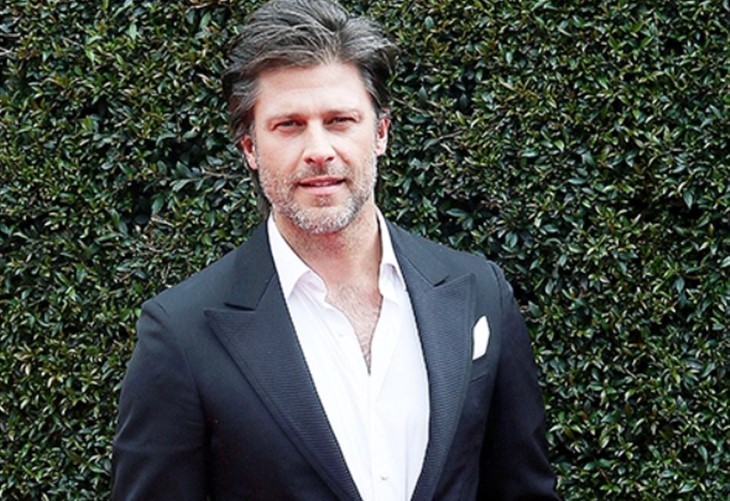 Days Of Our Lives spoilers and updates tease that will be reprising his role as Eric Brady on the daytime drama. The actor will, once again, play the holy man on Friday, April 15.

Days Of Our Lives spoilers  – What’s Next For Eric Brady?

Spoilers hint that Sami’s twin brother will return to Salem next week. There’s no news as to how long he’ll stay on the show but the actor teased that his alter ego will be heading in a new direction.

Vaughan teased that his character will deal with plenty of unresolved issues but also take on new challenges and opportunities.

“[There are] a lot of unresolved issues between Eric, family, and Nicole [Arianne Zucker], obviously,” the actor explained. Vaughan also hinted that his alter ego will be meeting new people along the way. The actor also teased that Eric will be dealing with a big family crisis and the storyline will be filled with “exciting twists and turns.”

Next week, Eric will return to Salem, which will shock Nicole Walker (Ariane Zucker). Will Eric’s big Salem comeback stir some old feelings from Nicole? She’s currently with Rafe Hernandez (Galen Gering) so if she’s feeling something for Eric then that would definitely complicate things for her.

As for Leo Stark (Greg Rikaart), he wants to call a truce with Brady Black (Eric Martsolf) and Chloe Lane (Nadia Bjorlin). He’ll offer them a peace offering but the pair will have a hard time trusting him even if he’ll soon be the husband of Craig Wesley (Keven Spirtas).

Brady and Chloe will talk to Nancy Wesley (Patrika Darbo) and ask for her help to stop Leo and Craig’s wedding. However, there’s nothing much the latter can do since she’s already agreed to proceed with the divorce in exchange for Marlena Evan’s (Deidre Hall) job.

There’s another upcoming wedding and it’ll be between Xander Cook Kiriakis (Paul Telfer) and Gwen Rizczech (Emily O’Brien). He’ll make sure that their nuptials will push through.

However, his heart will continue to break for Sarah Horton (Linsey Godfrey), who now acts like a child. He’ll try to make him remember what they’ve been through and the love they shared before.