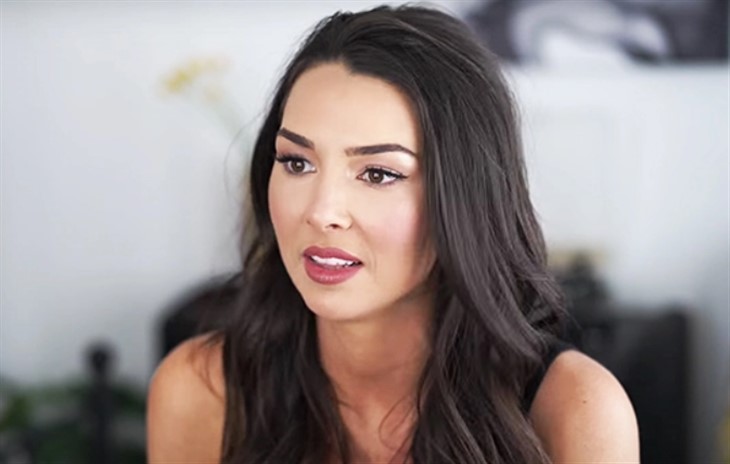 Bachelor alum Jen Saviano looked like she might capture the heart of Ben Higgins in Season 20 of the ABC show. However, that didn’t happen. Later, fans saw her on Bachelor In Paradise, and they thought she had some chemistry with Nick Viall. However, that wasn’t meant to be either, and she later dated her boyfriend Landon Ricker. The couple welcomed their child, a boy, on April 6.

While five weeks might not seem like a long time, in the ABC show, a lot of contestants are shown the door a lot earlier than that. So, for a bit, fans thought that she and Ben might make a go of it. Anyway, although he’s a sweet guy, he sent her home. At the end of the day, he chose Lauren Bushnell. That failed, had he later tied the knot with Jessica Clarke.

After the Bachelor, Jen appeared in two seasons of Bachelor In Paradise and she fell for Nick Viall. However, she didn’t stay for very long, and Nick moved on. Nowadays, he’s quite the guru about the show and often talks about the contestants. Actually, he had some uncomplimentary things to say about Clayton Echard. In the meantime, Jen started dating Landon Ricker.

Jen Saviano told her fans back in January that she and Landon expected a baby. Well, now they welcomed a healthy baby boy, she shared about it on her Instagram. She shared a blacked-out screen with the details of her baby’s birth and weight. Fans could also hear the sounds of joy in the background, as the baby was safely delivered.

The Bachelor star also revealed her cute little kid with his name alongside. They named him Wilder Reed, which sounds exciting and exotic. Of course, fans who followed her pregnancy journey flocked to send in their congratulations. Actually, pre-birth, there was no shortage of feedback about her journey to motherhood.

Bachelor News – Fan Comment On The Birth Of Wilder

Bachelor fans told  Jen Saviano that her baby looked “perfect.” Meanwhile, one fan who kept an eye on her pregnancy told Jen, “omg I was just checking your instagram earlier today to see if you had given birth yet ! Congratulations !!! he’s adorable🤍.”

Other fans loved the names that the couple chose for their baby boy. One fan wrote, “💙 love his name, my nephew is named Wilder as well 🤗.”

Actually, Jen is not the first contestant from Bachelor in Paradise to choose the name Reed. Jade Roper and Tanner Tolbert named their last son Reed Harrison.