Days Of Our Lives Spoilers: Leo And Gwen’s Surprising Connection 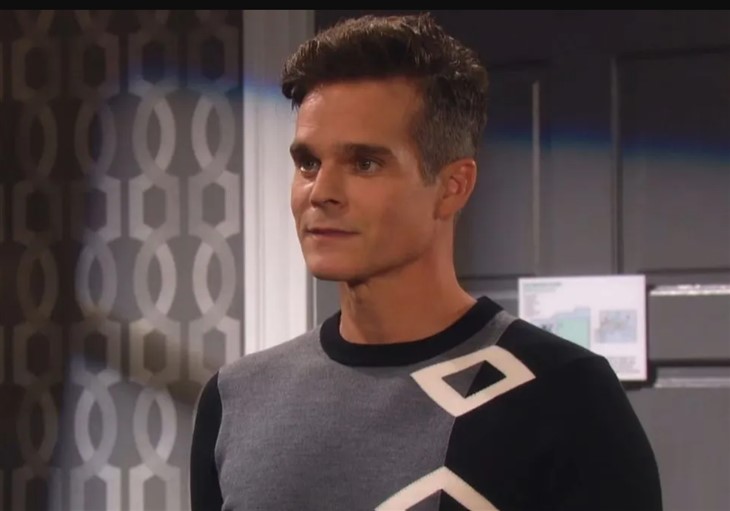 Days of Our Lives spoilers and updates tease that Leo Stark (Greg Rikaart) and Gwen Rizchech (Emily O’Brien) have a surprising connection that will be revealed in an upcoming episode of Days of Our Lives!

This was back in 2006-2010, and fans may have wondered if the two former castmates would ever have scenes together on Days of Our Lives, although obviously, Leo and Gwen’s past connection will be much different than that of their characters on The Young and The Restless! The two played troublemakers on The Young and The Restless as well, although Greg’s Y & R character is now redeemed and Emily’s is deceased, it should be interesting to see how the two interact and what Leo and Gwen’s past relationship was. It will be obvious that Leo and Gwen had a pleasant relationship and may have been close friends as well as possible partners in crime, as they’ll be thrilled to meet again!

DOOL Spoilers – Leo Stark And Craig Wesley Focus On Their Wedding, Chloe Lane And Brady Black Fail At Sabotaging It

Days of Our Lives viewers will see Leo and Craig Wesley (Kevin Spirtas) focus on planning their wedding, even though Chloe Lane (Nadia Bjorlin) and Brady Black (Eric Martsolf) fail at a last-ditch effort to sabotage it! Leo will try to make peace with Brady and Chloe, and hope he can keep them out of the way while he and Craig work on their wedding planning, as Leo is determined to see the wedding through. Gwen finds herself in a similar situation after Xander Cook (Paul Telfer) tries, but fails, to get Sarah Horton (Linsey Godfrey) to remember anything of him or their past great love, and he’ll want to get married to Gwen right away partially to reassure her.

Both couples will be rushing to get their weddings completed, and Leo and Gwen bump into each other in the Salem town square; it’s not certain where they knew each other from, but it’s possible they knew each other when Gwen was growing up in London. Days of Our Lives viewers will recall that Leo’s mother Diana Colville (last played by Judith Chapman) was a world traveler, and they could have spent some time in London when Leo was a child.

Days Of Our Lives Spoilers – Birds Of A Feather Get Married Together?

Whether Gwen and Leo connected as childhood friends, or later in life, Days of Our Lives viewers know that they are birds of a feather, both being schemers who both may be faking their individual redemptions. In Gwen’s case however she was pressured into committing her most recent crimes, although her scheming nature is still quite evident and soon, the two birds of a feather will compare notes and realize that both of them are planning imminent weddings.

Days Of Our Lives: Judi Evans Talks About New Film, Love Is On The Air https://t.co/UOcig66g0C pic.twitter.com/MoWPMcuooM

It may be Leo who suggests that they have a double wedding, with him marrying Craig and her marrying Xander; Gwen will suggest the double wedding to Xander then, not naming her old friend. But when it comes to the wedding day, Days of Our Lives viewers can expect that Xander, as well as his and Gwen’s wedding guests will be shocked to see who the second couple is! Gwen will have to give Xander a quick rundown of how she and Leo know each other for him to be comfortable, but even then it looks to be quite the doozy!