Kim Kardashian Confesses: “I Don’t Think I Would Ever Criticize The Father Of My Children On My Tv Show.” 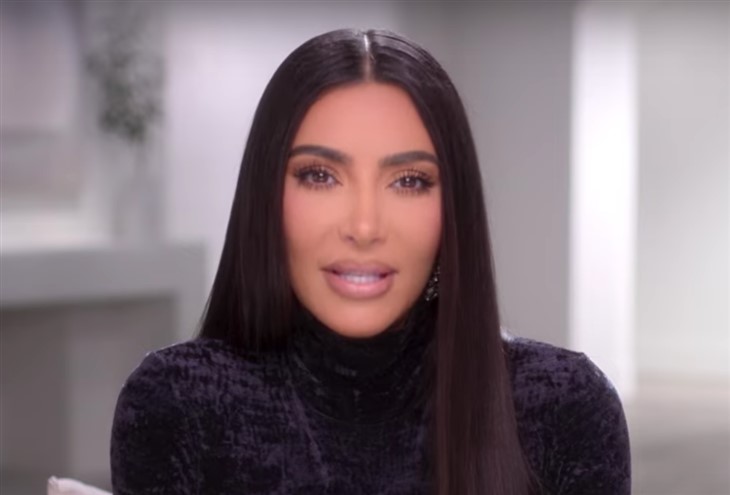 Would it surprise you to know that Kim Kardashian does not find public disagreements enticing?

In an interview with Variety, Kim while speaking about her split with her ex-husband Kanye, opened up that, although she champions publicly, she preferred dealing with issues privately. She said “Being in the public eye and having disagreements publicly is never easy. But I do believe in handling it all privately. I believe in championing publicly and criticizing privately.”

She continued, “I don’t think I would ever criticize the father of my children on my TV show. That’s just not really what I’m about, and I just don’t think that would ever make me feel good. I’m always really respectful of what the kids will see. The reality is, we’re always a family. We always will have a love and respect for each other. And even if there’s moments where it might not seem like that, there are so many moments that are super positive. I do think it’s important for people to see that things aren’t perfect all the time, but that they can get better.”

Kim Kardashian – Told Her Children About The Split

On Wednesday, April 6, Kim Kardashian revealed to Robin Roberts in ABC News Special that she told her children about her split with their father Kanye West. She explained that honesty is the best policy when it comes to family. Kim said that of her four children; North, 8, Saint, 6, Chicago, 4, and Psalm, 2, the two oldest understand the situation but the two youngest don’t quite grasp it.

She said “No matter what, even in this crazy life that we live, you just have to have a really open dialogue with your children. Kanye and I have had conversations. We have to talk daily for the kids so you know, I hate that it had to play out like that. But when it comes to family, I mean, Kanye and I will always be family.” She explained, “At the end of the day, I just want my kids to be happy and healthy, and think the world of their dad. And they do.”

The new reality show “The Kardashian” would be featuring folks from the Kardashian family including their spouses both ex and current. Viewers have been anticipating to know more about the romance going on between Kim and Pete from the show, unfortunately, Kim revealed in an interview with Variety that Pete won’t be featured in the show. But she would be spilling “all the details” of how they met.

“I have not filmed with [Pete],” she told the magazine, later adding that “The Kardashians” will cover “how we met and who reached out to who and how it happened and all the details that everyone wants to know.”

She continued, “I’m definitely open to talking, and I definitely explain it.”

Things are getting really serious between Kim and her boyfriend Pete Davidson, as Kim said Pete makes her happy and at peace in an interview with Robin Roberts on Wednesday, April 6. In an interview with Ellen Degeneres last month, Ellen told Kim “you deserve to be happy” adding that she had noticed a shift in Kim and a different side of her these days.

Kim told her, “I encourage my friends and the people I love to be happy, and I went for it. I went for it, I was like, ‘You know what, I’m in my 40s, f**k it… just go for it, find your happiness.’ I went for it, and I took my time and I found it and it feels so good and I want to hold onto that forever.”

Be sure to catch up on everything happening with Kim Kardashian right now. Come back here often for all the Kim Kardashian’s spoilers, news, and updates.