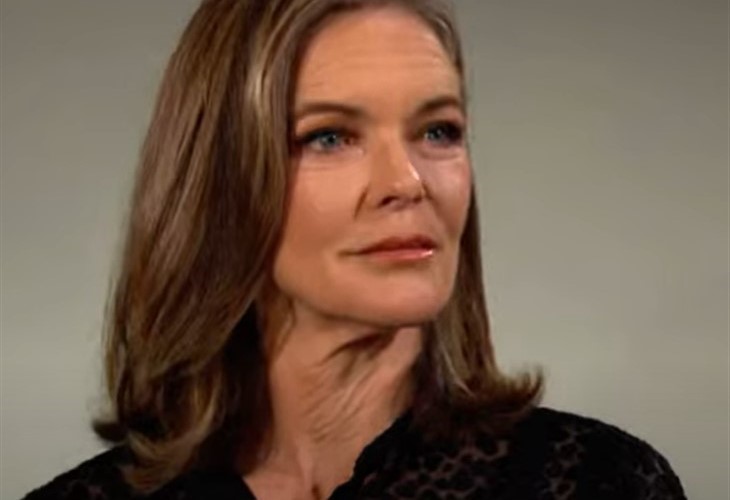 The Young and the Restless spoilers document that Diane Jenkins (Susan Walters) is heading back to Genoa City, Wisconsin. She has not been there since dying in the park in 2011, while looking like Maura West (the well-known daytime actor who briefly portrayed Diane that year, which followed Walters 2001 to 2010 run).

Jack Abbott (Peter Bergman) was beyond shocked to learn that Diane was the person who purchased his late son’s house from Allie Nguyen (Kelsey Wang). That could not be possible since Nikki Newman (Melody Thomas Scott) killed Diane with a rock in self-defense slightly over a decade ago, which sparked a good murder mystery storyline.

Diane’s revealed faked death devastated Kyle Abbott (as now played by Michael Mealor), who was a boy at the time before being SORAS’d (soap opera rapid aging system) in 2018.

The Young And The Restless Spoilers: Trouble Blows Into Genoa City When Diane Arrives

Allie is a heartfelt young lady who is working through the grieving process. She has met her unknown grandfather, Jack, in recent weeks, which intensified her emotions.

Diane is the reason why Allie met Jack. Walter’s character does have sincere regrets about leaving Kyle when he was a boy. But she has explained in painful detail that she felt he was better off without her.

Allie is focused on today and tomorrow rather than yesterday. Her father’s death is helping to drive Allie’s belief that Diane should reconnect with her son.

Jack knows that Allie has a good heart. He also is deeply aware of Diane’s powers of manipulation.

Bergman’s character is not wrong in believing that Allie is conflating two issues, her feelings of loss for Keemo Volien Abbott Nguyen (Philip Moon) and Diane’s ability to be with Kyle because she is not dead.

Diane suspects that Kyle will be in GC soon. So, she wants to be there to tell her own story rather than have Jack or Phyllis Summers (Michelle Stafford) tell it for her.

The Young And The Restless Spoilers – Diane Jenkins Is All-In

Diane did not choose to come out of hiding, potentially risking imprisonment, to not see Kyle again. And yes, a part of this storyline should involve the GC authorities arresting Diane for faking her death, with Jack hopefully leading that charge.

Kyle is the key to Diane’s plan, as she hopes his emotions will serve as a counter to Jack’s intention to negate her influence. If Mealor’s character softens, Jack will have no foreseeable way to prevent her from regaining a foothold on Y&R.