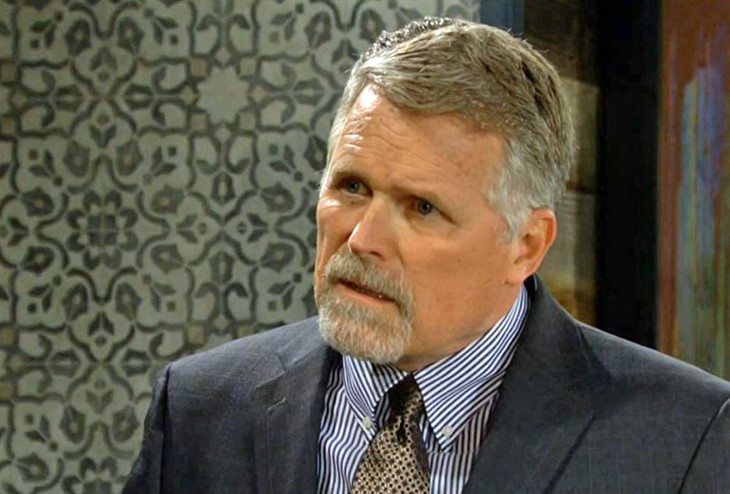 The Young and the Restless spoilers document that Ashland Locke (Robert Newman) reinforced his innocence when speaking with Sharon Rosales (Sharon Case) at Crimson Lights. Adam Newman (Mark Grossman) walked in with Sally Spectra (Courtney Hope) just as Sharon began to tell Ashland that she wanted to offer him the benefit of the doubt.

Ashland’s reputation preceded him. His arrival in Genoa City, Wisconsin, was coupled with a hard-scrabble reputation. The Newman family later learned, through his admission, that he assumed his dying friend’s identity, stole his mentor’s inheritance, and used those assets to build the Locke Communications Group.

Victoria Newman Locke (Amelia Heinle) rationalized everything about the man she fell in love with. The essence of this storyline is that neither she nor the audience, which also does not have enough information, can not claim to know what is real and fake about the proclaimed Lockeness Monster.

The Young And The Restless Spoilers – Rationalizing A Developing Reality

Could it be possible that Ashland lied about cancer and also loves Victoria? Of course.

Ashland regularly reinforces that the love she has expressed changed his life. So, he may well have lied about cancer to further a merger plan and then fell in love with Victoria along the way.

However, if TPTB fully confirms that Ashland never had cancer, viewers will be owed an explanation as to why this character was in some form of physical distress on a handful of occasions when no one else was with him.

TPTB may be setting the viewers up for some form of personality split reveal. Possibly, Ashland has lied about so much for so long that he broke from reality years ago.

In the above instance, it would not be true to say Ashland lied about cancer with purposeful intent. Instead, she could believe his lie was part of some dysfunctional personality trait.

Alternatively, Ashland could be the horrible person that Nikki Newman (Melody Thomas Scott) believes he is. Victor Newman’s (Eric Braeden) detractors would likely respond to the last sentence by saying that Nikki is familiar with a person who has done horrible things to countless others, meaning the Moustache.

Victoria wants to reveal the truth, whatever that may be. She was convinced Ashland invented the cancer diagnosis to manipulate her into pushing the merger, which was realized.

But Heinle’s character is hedging her conclusions. She is hoping that someway, somehow, Ashland is not a monster but that her love reformed him or will.