Dancing With The Stars To FIRE Tyra Banks As DWTS Host?! 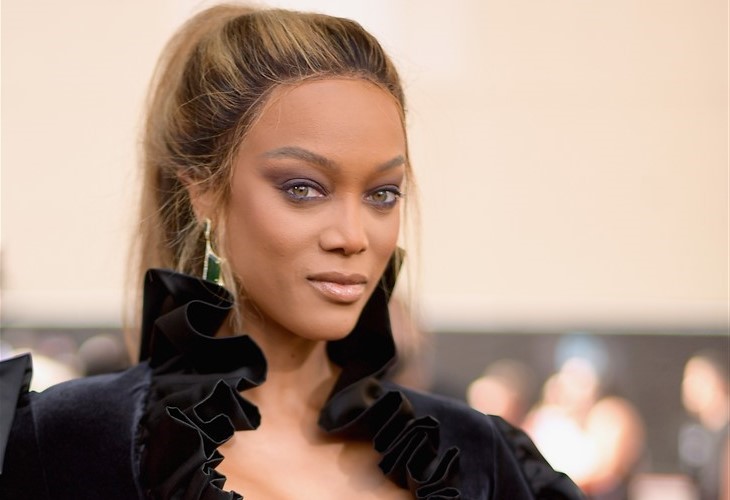 Dancing With The Stars (DWTS) fans used to love host Tom Bergeron. But the popular DWTS host suddenly got fired with no warning. And Tom’s replacement, Tyra Banks, faced a challenge in delighting viewers in the same way as witty and warm Bergeron.

As a result, rumors have soared that Dancing With The Stars producers plan to cut Tyra from the next season. True or false? Find out everything to know about DWTS and Tyra Banks below!

Dancing With The Stars – Host Tyra Banks To Get Dumped?

Famed for starring on “America‘s Next Top Model,” Tyra Banks seemed like the perfect choice to host Dancing With The Stars. Or at least that’s what producers assumed. But as fans complained more and more about Banks, the network quickly discovered its error.

However, ABC held onto Tyra, giving her more and more chances to try to find a way to appeal to fans. But now a new report from OK hints that Banks could lose her DWTS hosting duties. And it comes in the wake of Dancing With The Stars suddenly shifting from ABC to Disney Plus. Coincidence?!

After several seasons facing slams from DWTS fans, Tyra reportedly will leave the dance floor, shared an insider. “There is no official decision on who will be hosting next season,” admitted the source. “But it doesn’t look like Tyra will be back. [And it] would be a network decision, not her decision.”

In the wake of the backlash over Tyra Banks hosting DWTS, some wonder if Dancing With The Stars can recover its glitzy glamour. But the answer may depend on who replaces the 48-year-old supermodel. “The problem is, she just didn’t fit in,” summed up one insider.

“She didn’t fit in with producers and she didn’t fit with the audience and it showed,” added the source. For instance, fans slammed Tyra over everything from her monotone hosting skills to her Cher-style outfits. As a result, ratings fell.

However, insiders also revealed that the crew and producers struggled with Banks. And one even called the supermodel a “nightmare” on set. That source claimed that Tyra spilled “wild demands” and behaved disrespectfully to the crew. But Tyra may not deserve all the blame for Dancing With The Stars’ rating problems, according to another insider.

“Production has been a mess, with no clear direction of where [the show] was going, which is why certain producers have been axed in recent months,” revealed the insider. “The mix of the behind-the-scenes chaos and the historically low ratings ultimately was the nail in the coffin. ABC didn’t feel it was worth the investment anymore, but didn’t want to drop it as a whole.” And that led to the shift to Disney Plus.