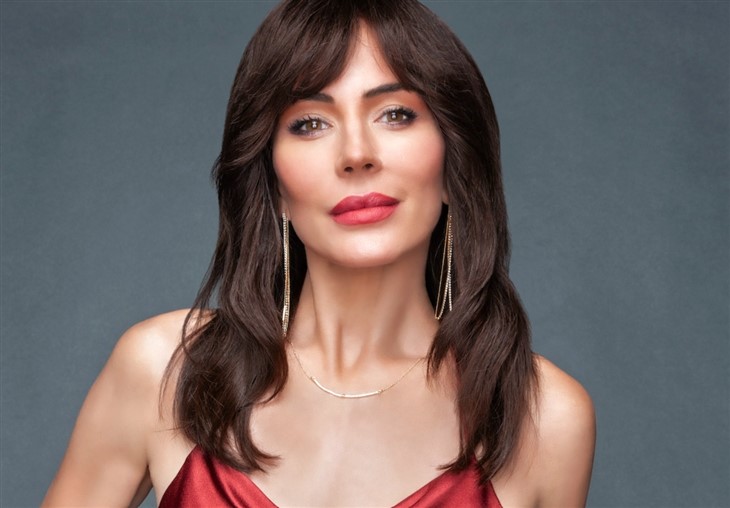 The Bold and the Beautiful (B&B) spoilers reveal that this week’s episodes of the CBS soap brought all the drama and thrills that fans have come to expect from the LA based sudser. The mother of all mothers Sheila Carter (Kimberlin Brown) nearly flung herself from a rooftop before a dramatic intervention that went sideways.

Taylor Hayes (Krista Allen) suddenly showed up to save the woman who shot her and her daughter, and nearly died in the process.

Sheila was poised to jump to her death when Taylor tackled her and ended up dangling from the ledge with only Sheila’s grip to save her. Would Taylor die? Believe it or not some fans thought this was a distinct possibility and that’s because Allen isn’t in the opening credits! What gives here? Let’s unpack what Allen herself had to say about this intriguing situation.

Allen took on the role of Taylor last December 2021. Prior to that Hunter Tylo was in the role of the do-good shrink. Some fans noticed that after she joined the show, Allen was not added to the credits.

Many took this to be a sign that Taylor would not survive her rooftop intervention with Sheila and for a moment it looked like that was a distinct possibility.

B&B Spoilers – What Happens Next On The LA Based Sudser?

In the end Taylor did an amazing job of leaping her way back onto the roof and she and Sheila hugged it out. Taylor most definitely lived through the ordeal and Allen has filled fans in on why she is not now, but will be soon, in the opening credits!

According to her it had to do with technical difficulties in trying to get a decent photo of her and she said that the wigs they had her wearing just weren’t a good look: “First shot was a sheepdog wig … second was a bust… third time’s a charm!”

Prior to filming in February, Taylor was wearing some unfortunate wigs. The show did not think those were the best look for the credits and we have to agree.

Fans are now seeing Allen with her natural hair and it is perfect. According to the actress a beautiful picture has now been taken and fans will see it soon in the opening credits.