The Young And The Restless Spoilers: Team Ashland Or Team Victor? 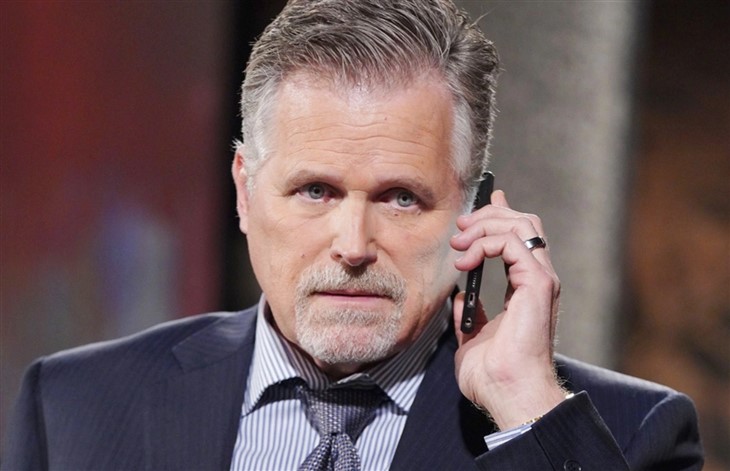 The Young and the Restless spoilers document that Ashland Locke (Robert Newman) is fully on-guard. He distrusts anything the Newman family has to say. Whether he still trusts his wife is no longer certain.

Victor Newman (Eric Braeden) played off Ashland’s press about the half-billion-dollar offer. But the Moustache’s in-the-moment shrewdness was not completely convincing, which highlighted the Lockeness Monster’s shrewdness.

Victoria Newman Locke (Amelia Heinle) faces a mighty challenge, with no easy out. Ashland either lied about cancer, in some fashion, or he did not. And Victor will not back off as Victoria tries to manage the trouble she is responsible for causing.

The Young And The Restless Spoilers – Team Victor Newman

To be Team Victor does not mean that someone has to overlook all he has done in the past or all he has done to Victoria. Having her arrested on one of her wedding days to Billy Abbott (as then played by Billy Miller) was reprehensible. But she and her father made peace long ago.

So, to be on Team Victor means that one supports his defense of Victoria, the company, and the Newman family.

However, since this is the Victor Newman, it is not possible to know what order of importance he has each of the three categories ranked.

To be on Team Ashland means that one is giving him what Sharon Rosales (Sharon Case) briefly referenced, the benefit of the doubt.

Is it possible that a twist will happen, and Ashland’s claims of innocence will be revealed or confirmed? Yes, as that would appear to reinforce Robert Newman’s extended stay with the cast.

But one could also go halfway, choosing to believe that he lied about cancer to create the merger and loves Victoria. He decided his means justified the ends while also wanting to stay with his wife.

The Young And The Restless Spoilers – How Does This Storyline End?

At some point in the not too distant future, a believable, final climax will need to be presented to the audience. The nature of this plot can not be allowed to stretch even into summer, and certainly not beyond that.

Hopefully, TPTB hired Newman to be a long-term player. This beloved former Guiding Light cast member (as Josh Lewis, from 1980 through 2009) adds additional pop to an already solid ensemble. Losing this actor would be a loss for the show.

So, however it happens, wrap this storyline soon and then work out whatever Ashland is to Victoria and whether or not Newman-Locke continues as a combined entity.